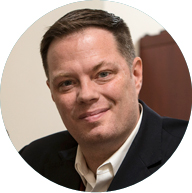 Gregory P. Strauss and his graduate students at Binghamton University have found surprising physiological connections to schizophrenia in their quest to better understand the mental disorder.

Schizophrenia affects about 1 percent of the world’s population and is the #1 cause of medical disability in the United States. The biggest reason for this high rate of disability is severe impairment in cognition, which makes it difficult to work or perform activities of daily living. Unfortunately, the cause of these cognitive impairments is poorly understood.

A recent paper by graduate student Lindsay Morra, which Strauss supervised, found that medical conditions such as diabetes, a high waist-to-hip ratio and especially high blood pressure were “particularly associated with a range of cognitive deficits” that occur in schizophrenia. This finding is significant because it suggests that general health problems that affect the body also affect the brain and cognition in schizophrenia. Earlier studies mostly focused on structural or neurochemical abnormalities that affect the brain broadly. The research from Strauss’ lab raised an important possibility that treating metabolic abnormalities, such as hypertension, may improve cognition in schizophrenia.

“The brain is intricately wired to receive blood from arteries,” Strauss says. “In people with schizophrenia, who often have had high blood pressure for 20 to 40 years, there is a systemic effect on the brain caused by a hardening of the arteries, which affects the brain’s ability to efficiently distribute blood throughout the brain.”

Several potential mechanisms complicate the interpretation of the finding in Morra’s study, Strauss says. “One is actually, unfortunately, the antipsychotic medications,” he notes. “They can cause the metabolic abnormalities to come about.”

Most of the recent drug therapies carry risks of elevated blood sugar, high blood pressure, weight gain and higher cholesterol. The new study was unable to follow the participants longitudinally to determine the cause-effect role of the antipsychotics.

All of this is not to say that high blood pressure causes schizophrenia or vice versa. Correlation isn’t causation, as the saying goes, and Strauss emphasizes that “metabolic abnormalities only predict a small proportion of the cognitive impairment in schizophrenia.”

Another potential explanation for cognitive impairment, which Strauss is investigating with a new grant from the American Psychological Foundation, is what he calls a “motivational impairment,” or abnormal interaction of the brain’s reward system with the prefrontal cortex that can cause a certain kind of reward process to go haywire.

Strauss explains it like this: For years, clinicians have thought that patients suffering from schizophrenia were cognitively impaired because something in the brain was demotivating them. “We’ve explored that, and we basically don’t think that that’s true,” he says. “What we think happens is that they try adequately but they’re inefficient at allocating their efforts.”

Healthy individuals, he says, engage in a labor-leisure tradeoff. When it’s necessary, psychiatrically healthy individuals ramp up their brain’s efforts when confronted with a hard task, but automatically ease off when that task gets easier or ends. They do this unconsciously, and it’s why you might like to play a mindless video game after a hard day at work.

By using brain recording techniques and pupillometry — the measurement of pupil diameter, which is a way to assess the amount of cognitive effort that someone exerts — Strauss and his students have found that it’s not that the brains of those suffering from schizophrenia aren’t expending as much effort; they’re ramping up and down their efforts inefficiently.

“They basically end up in the state of mental fatigue really quickly because they expend their effort inefficiently, and they can’t overcome it,” says Strauss, who received Early Career Awards for Research last year from the National Academy of Neuropsychology and the American Psychological Foundation.

By researching motivational mechanisms that can cause the cognitive impairments, Strauss hopes that he and his students might be able to design “cognitive rehabilitation training programs,” similar to some of the online brain games you’ve probably heard of.

“What we’re working toward,” he says, “is developing new cognitive training programs that actually target the motivational mechanisms that are inherent to schizophrenia and cause them to become mentally fatigued more quickly.”