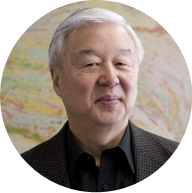 Francis Wu is using bubbles, explosions, sensors and seismographs to look deep beneath the Earth’s crust. The lead investigator on a team of international scientists working on a project of unprecedented scope, Wu intends to capture the first high-def, 3-D image — a virtual MRI — of the forces at work in the growth of an active, young mountain range.

By using explosive devices to send shock waves through the Earth’s crust and upper mantle and by employing emerging technologies to record and “image” the Earth using the wave, the project could help scientists around the globe find subsurface faults and better understand how tectonic forces act to build mountains. This knowledge will ultimately enable scientists to predict earthquakes more reliably.

“I often joke that when we talk about blind faults, we are talking only abou t faults that we as geologists can’t see,” Wu said. “But we may be able to image them with seismic waves; and once we can locate small earthquakes at crustal depth precisely, we can determine whether these faults are active.”

Seismic waves produced by earthquakes, explosions or controlled vibrating sources are the primary method of underground exploration. They will also be the key in Wu’s project to unlock the mysteries of mountain building and tectonic activity that gives rise to earthquakes.

By sending waves through the Earth’s crust and upper mantle with controlled explosions, and by sensing, recording and tracking waves from natural seismic events, Wu’s team intends to develop a virtual three-dimensional image of the crust and upper mantle under Taiwan. Wu compares the process to that used by doctors to “see” cancerous tumors deep within the body using magnetic resonance imaging (MRI).
Seismic shock waves bend inside the Earth because of changes in speed as they move through material of different density, composition and temperature. Abrupt changes in direction occur at the boundary between two layers, affording researchers an opportunity to see what lies deep beneath the surface.

A professor of geophysics at Binghamton, Wu has spent a significant portion of his research career doing fieldwork in the eastern hemisphere. Having worked in Tibet and New Zealand, among other regions, he is now concentrating on Taiwan. The small island nation, shaken by about 15,000 detectable earthquakes a year, provides an extraordinary laboratory for Wu’s current project, known as TAIGER (pronounced “tiger”), Taiwan Integrated Geodynamics Research.

The project calls for geophysical experiments that will help researchers determine the locations, factor the scale and impact, and obtain multi-scale images of the forces at work within the Earth’s crust and upper mantle during manmade and natural seismic events.

By providing a better understanding of the forces involved in mountain building and the earthquakes to which that process gives rise, Wu hopes that TAIGER might also give scientists a better idea about which major faults to monitor for the purpose of early warning for earthquakes. For some potentially hazardous faults in Taiwan, a warning of 40 seconds or more for a metropolitan area may be possible.

“Some people might ask the question, ‘What is the use of this information if we will only know 40 seconds before the earthquake?’

“Maybe this would not be so useful for city dwellers who face a congested highway as they try to evacuate the city,” Wu said. “But on the other hand, even in cities, high-speed transport could be stopped, people could evacuate tall buildings and many businesses, particularly in the semi-conductor industry, which is very big in Taiwan, could have enough time to shut everything off. If you have tens of minutes, you can do all kinds of things. And if we could eventually predict within a few days of an earthquake, then we could effectively prevent loss of life.”