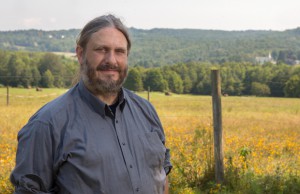 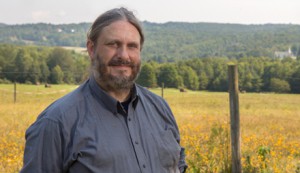 Residents of the remote equatorial islands of Melanesia share fragments of genetic code with two extinct human species. That’s the key finding of a new study published March 17 in the journal [1]Science [1].

An international team contributed to the research, which compared the DNA sequences of 35 modern people living on islands off the coast of New Guinea with DNA drawn from two early human species: Denisovans, whose remains were found in Siberia, and Neandertals, first discovered in Germany.

“Substantial amounts of Neandertal and Denisovan DNA can now be robustly identified in the genomes of present-day Melanesians, allowing new insights into human evolutionary history,” they write. “As genome-scale data from worldwide populations continues to accumulate, a nearly complete catalog of surviving archaic lineages may soon be within reach.”

Andrew Merriwether, a molecular anthropologist at Binghamton University, collected the modern-day blood samples used in the study about 15 years ago in Melanesia. This is the first time full genomes from those samples have been sequenced.

“I’m surprised that these Neandertal and Denisovan genomes made it out to this remote place,” he says. “We know people have been there for at least 48,000 years because we find human remains that go back that far, but no one has ever been able to connect them to any other place. When you compare most of their genome sequences, they don’t cluster with any other group. They’ve been there and been isolated for a very, very long time.”

Earlier studies have revealed some genetic overlap (about 2 percent) between Neandertals and non-African populations and little or no Neandertal and Denisovan ancestry among Africans. This new research suggests Neandertals and modern human ancestors intersected at least three times. It also found an overlap of between 1.9 and 3.4 percent in the genetic codes of Denisovans and modern-day Melanesians.

Skepticism about the new findings is entirely appropriate, says Merriwether, who specializes in reconstructing the past using samples from contemporary populations and ancient DNA from the archaeological record.

“Ancient DNA is always damaged and broken into small pieces,” he explains. “You only need one molecule of modern DNA to outperform all the ancient DNA.”

An independent laboratory did the sequencing of Merriwether’s samples. That, combined with a powerful new statistical technique that was used in the analysis, finally convinced him that the genetic similarities were real.

The cost and time involved in sequencing a full human genome has dropped dramatically. The first, completed in 2003, took 13 years and cost about $2.7 million. Today, it’s possible to sequence a sample in days for thousands of dollars. Still, this type of research still poses significant challenges.

The human genome contains about 3 billion “letters,” and ancient samples are difficult to work with. When people die, their DNA starts breaking down immediately, Merriwether notes, and it isn’t repaired anymore. Normally, a person’s DNA is fixed thousands of times a minute. Bacteria and fungi contaminate most DNA samples taken from human remains, he says, making up as much as 97 percent of the DNA that’s recovered.

Even collecting the modern samples wasn’t a simple task.

Merriwether and longtime collaborator Jonathan Friedlaender of Temple University obtained blood samples throughout the Bismarck Archipelago in the late 1990s and early 2000s. They traveled with George Koki of the Institute for Medical Research in Papua New Guinea and Heather Norton, then a student at Penn State and now a faculty member at the University of Cincinnati.

How diverse? People in this region speak some 800 languages. A common trading language (Tok Pisin) that’s a mix of Polynesian and English helped make it possible for the anthropologists to communicate with residents.

Because malaria is so prevalent in the region, there are many clinics set up to test and treat people. That also meant Merriwether and his colleagues usually weren’t the first people asking residents of these islands for blood samples.

Studies like this one may enable scientists to answer big questions about human migrations and evolution thousands of years ago.

Merriwether is particularly fascinated by the Denisovan DNA fragments found in the Melanesian genomes. How did ancient humans travel — and cross the ocean — to get to Melanesia and when and where did the Denisovan DNA enter our gene pool? Sequencing of additional DNA samples found in Asia may one day help to answer those questions.

“Most people know back a few generations, maybe five generations,” Merriwether says, “but where did we come from before that? That’s what we want to find out.”