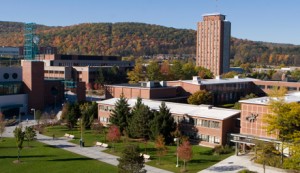 “We have a fantastic group of fellows,” said Bat-Ami Bar On, IASH director and professor of philosophy and women’s studies. “It’s diverse in terms of projects.”

IASH was formed last year to advance original work in the humanities while offering faculty and students opportunities for research. The fellows will present a lecture on their research topic during the upcoming academic year and also will be expected to participate in the discussion of the work of others. “It will be interesting how we learn about each other and how we can help each other intellectually,” Bar On said. “There is value added to being with others and chatting about the work.”

Bar On said she is pleased that student fellows will be able to share their work with faculty fellows.

“Research goes all the way through the University — all the way to the undergraduate ranks,” she said. “The undergrads are not just absorbing knowledge, but they are producers of knowledge.”

For more information about the institute, go to www2.binghamton.edu/iash [1].