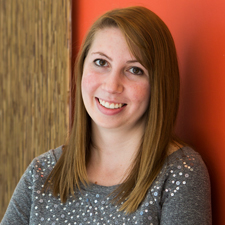 As a freshman with an interest in neurology, Sarah Davis started working with biomedical anthropologist Ralph Garruto, whose research group investigates the spread of Lyme disease across upstate New York and the Northeast. She continued as a sophomore, and by the end of the school year, with a fellowship from the Summer Scholars and Artists Program, Davis began her own research.