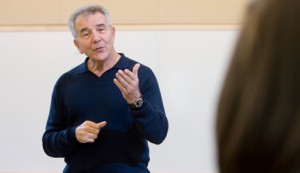 Angelo Mastrangelo’s life story sounds like the plot of a Horatio Alger tale (spoiler alert: stock boy rises to CEO!). Now the Binghamton University faculty member has written a different kind of book, one in which he shares the principles and philosophy behind his success. 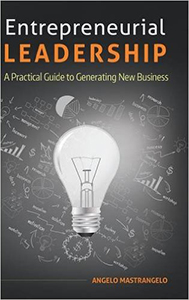 “The book is really an extension of my teaching,” Mastrangelo says. “A book is something lasting, something with long-term impact. It doesn’t go away after class.”

Mastrangelo had no savings and zero formal leadership training when he bought Adirondack Beverage Co. in 1980. It wasn’t until years later that he went back to school, first through Harvard’s Owner/President Management Program while he was running Adirondack and then for a doctorate at the University at Albany after he sold the business.

There he found numerous definitions of the term “leadership,” but few discussions of the fundamentals of leadership or entrepreneurialism. Why, Mastrangelo wondered, couldn’t they be addressed the way that finance and other business basics were?

He has devoted much of the past two decades to that task, and he thinks the message contained in his book is especially timely now. “We hear so much about entrepreneurs and start-ups,” Mastrangelo says. “We’re always looking for the silver bullet. If there is an answer to our economy, it’s entrepreneurial leadership.”

A good leader is like a good conductor or football coach, he says. That person doesn’t do everything, but it’s not nothing, either. The coach recruits the players, develops the plays, starts practice on time. Without that person, he says, things would fall apart. “Really successful teams have good leaders,” Mastrangelo says, “but they have good players, too. You cannot play their positions for them.”

He says he hates the term “follower” and prefers the term “co-operator.” Mastrangelo says good leaders want their teams to pull them back from the edge of a cliff, not follow them into the abyss.

Mastrangelo considers the entrepreneurial process a creative process. He continues to refine his model based on his practice and research. His goal is to develop models that are simple enough to be remembered and understood, even (or especially) by non-experts. “Everything in life is relationships,” he says. “Entrepreneurial leadership is a selfless practice, not a selfish one.”

Most people are satisfied with “good enough,” Mastrangelo says, but what companies need to succeed is a “wow factor.” People can name 10 or perhaps 20 companies that make them say, “Wow,” even though there are millions of companies producing billions of products. Mastrangelo argues that it’s not hard to get a “wow” through customer service; without that “wow,” your company isn’t going anywhere.

Only 10 percent of people have the stomach to do it, though, he adds. Entrepreneurship requires you to embrace ambiguity and working in the abstract. You have to love problem solving, too. Not everyone is cut out for startups, he says, but everybody can learn to be entrepreneurial, even within larger companies and in nonprofits.

He mentions Steve Jobs, Lee Iacocca and Elon Musk as examples of people who did entrepreneurial work at the head of large companies. Control is the key. “If you have control,” Mastrangelo says, “you can be an entrepreneurial leader. It doesn’t matter where you are.”

Learn more about Angelo Mastrangelo and his approach to leadership at http://www.profmastrangelo.com.