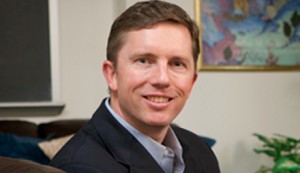 Conventional wisdom, backed by years of research, suggests that healthy marriages make a healthy society. And politicians and government officials have taken note, investing hundreds of millions of dollars each year in educational programs designed to promote healthy marriages, focusing on poor couples and couples of color. Is it working? No, says a Binghamton University researcher in a study published in the current issue of American Psychologist, the flagship journal of the American Psychological Association. Many of these programs, based on research data gathered from white and middle-class marriages, don’t work when applied to poor couples or couples of color.

“Initially, the rationale for these programs came from policy makers and scholars, who homed in on the association between unmarried parents and poverty that is plainly obvious in the data,” says Matthew D. Johnson, associate professor of psychology at Binghamton. “This association led George W. Bush to make the promotion of healthy marriages a central plank of his domestic policy agenda, resulting in the implementation of the Healthy Marriage Initiative. Barack Obama endorsed these initiatives, both as presidential candidate and as president. Now that the data on the success of these programs has started to roll in, the results have been very disappointing.”

Johnson says many of these programs lack grounding in solid science and are allowed to run unchecked. He cites research from two recent multisite studies as evidence that many of the federal programs that promote healthy marriage need to be suspended or least overhauled. One of these studies, which focused on more than 5,000 couples in eight cities, examined the benefits of interventions designed to improve the relationships of low-income, unmarried couples who were either expecting or recently had their first child. The results indicated that the interventions had no effect in six of the cities, small beneficial effects in one city and small detrimental effects in another city. The results of the other outcome study focused on 5,395 low-income married couples and found that those who received the intervention experienced small improvements in relationship satisfaction, communication and psychological health but no significant changes in relationship dissolution or cooperative parenting. The interventions didn’t come cheap, either, costing on average around $9,100 per couple.

So why the disconnect between a seemingly good idea and disappointing outcomes? Johnson says there are several possible explanations. The best of these programs — the ones based on scientific findings — were initially studied with middle-class couples, while the federal initiatives target poor couples. And even if the research that formed the basis of these interventions does apply, relationship improvement just doesn’t seem to be a priority for poor couples.

“There is evidence that suggests poor women want to be married and understand the benefits of healthy marriages,” Johnson says. “But earning enough for basic household expenses, keeping their children safe and working with their children’s overburdened schools are much more urgent concerns, making the idea of focusing on marriage seem self-indulgent, if not irrelevant, to many poor parents. When faced with a myriad of social issues, building intimate relationships is just not high on their priority lists.”

This doesn’t mean the federal government shouldn’t be funding intimate relationship research, Johnson says. Instead, the government needs to adopt a more multifaceted approach: Focus on programs that will ease the stress of poor families and, at the same time, fund more rigorous basic research.

“We just don’t have solid predictors for relationship satisfaction for poor couples and couple of color, let alone whether the current marriage models apply,” Johnson says.

He points to the National Institutes of Health as being the perfect place to coordinate and sponsor the research, noting “It has a long history of using scientific rigor in decision-making and it would certainly help in achieving the type of results that we’re looking for from these initiatives.”

Johnson also suggests that every community-based program funded by the Health Marriage Initiative should be required to gather standardized quantitative data in order to demonstrate outcomes. He recommends that the federal government get tough and either stop funding or filter out those that do not demonstrate effectiveness.

“If we are going to continue these initiatives, let’s at least make certain that we are assessing the effectiveness of the programs and learning from our mistakes,” Johnson says. “Improving marriages is a worthy goal and one shared by Democrat and Republican administrations alike. The key now is to get that same bipartisan support for improving the research and programs that target poor couples. With the renewed focus on the federal budget, the timing is just right.”