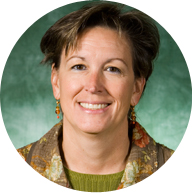 Diane Miller Sommerville’s latest research project, “Aberration of Mind: Suicide, the South and Civil War,” shines new light on an under-examined topic and has earned her a National Endowment for the Humanities Fellowship Award.

The $54,000 fellowship will allow Sommerville, an associate professor of history who also serves as director of undergraduate studies in Binghamton University’s History Department, to take a year off from teaching to focus on writing a book.

The project developed when Sommerville decided to look at how contemporary problems such as suicide and mental illness were handled in the past.

“I wondered how 19th-century southerners dealt with these problems that are so difficult for us in the 21st century,” she said. “Because I am a southern historian, it immediately took me to the place where a large number of people would have been taxed psychologically — the end of the Civil War.”

In examining the personal and societal costs of the Civil War in the South, Sommerville said that southern men and Confederate soldiers were “constrained by ideas of manhood that are shaped by ideas about courage and honor.” In the 19th century, courage was defined as not acknowledging fear.

“It was manly not to acknowledge that you were afraid,” she said. “By the 20th century, courage is actually knowing that you are scared but are managing it. The 19th-century soldier had not yet realized that.”

This led some soldiers to commit suicide before going off to war, en route to battle or after the fighting.

“To go home a failure or a coward was not an option because it would taint them for the rest of their lives,” Sommerville said. “The dilemma for many young men was: ‘What do I do? I’m afraid to fight but I can’t go home because I’ll be labeled a coward.’ That’s what I think is causing some of them to commit suicide.”

The Civil War was also harder on southern men than northerners because many returned to destroyed homes, while losing a key source of wealth in slaves. A combination of debt and being unable to provide for their families resulted in suicides.

Southern women were drawn to suicide because of the deaths of loved ones, Sommerville said. They found themselves in the unusual situation of no longer being protected by their husbands.

“In war, that arrangement is thrown out the window, and these women are asked to deal with new roles in society,” Sommerville said. “They have to protect their homes and children and they have not been prepared to do this. Many of them perform admirably in this role, but some are clearly stressed, especially in the latter part of the war where there is the threat of invasion.”

Whether to flee or stay at home is a new decision for women during the Civil War.

“For some it becomes too burdensome and they have what we consider nervous breakdowns and end up in asylums or committing suicide,” Sommerville said.

For Sommerville, asylum records have been some of the most useful research sources during the project. She has traveled throughout the South, focusing particularly on Atlanta and Columbia, S.C., checking cemetery records and newspaper accounts. Nineteenth-century municipal records, though, are mostly absent.

“Quantitative analysis of suicide is almost impossible to do in the American South,” she said.

Sommerville, whose 2004 book Rape and Race in the Nineteenth-Century South earned her the Best First Book Award by Phi Alpha Theta, envisions that the current project will produce a book that will reach a wide audience.

“Civil War interest is at an all-time high,” she said. “Ideally, I’d like to have the book done and out by 2015, which would be the (150th anniversary) of the end of the war. I think it would be a natural tie-in. … I know that my work is going to have a lot to say about something people don’t know a lot about.”

It is important to understand that there was significant emotional and psychological suffering in the south during and after the Civil War, Sommerville said.

“That’s not an easy thing to make a case for because they started the war and the war was over slavery,” she said. “Why should we be sympathetic? But I don’t intend to make judgments about that.

“There was a generation of men and women, especially in the South, who really suffered. This was a social consequence of the Civil War and so much of the war (research) has focused on the military and emancipation. This is an opportunity to learn something more about the Civil War. I don’t think these questions have been adequately raised and answered.”