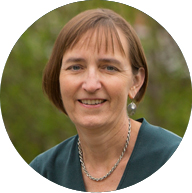 The Immigration and Nationality Act of 1965, like the Civil Rights Act and the War on Poverty, was part of Lyndon Johnson’s Great Society. Its origins are often elided or it’s simply considered an inevitable byproduct of his sweeping programs. But radical overhaul of the United States’ immigration policies — arguably the central debate in 2016’s presidential race — was neither inevitable nor an afterthought. Wendy L. Wall says the 20-year push to reform the policy was the most important social movement in U.S. history you’ve never heard of.

Wall, a historian who joined Binghamton’s faculty in 2010, received a highly competitive fellowship from the National Endowment for the Humanities to research how Cold War politics and efforts by ethnic, religious, civic, patriotic and labor groups to spur, shape or halt immigration reform transformed vast swaths of American life.

“When President Lyndon Johnson signed the act into law under the shadow of the Statue of Liberty, he downplayed its importance,” she writes in her proposal to the NEH. “‘[This] is not a revolutionary bill,’ he declared. ‘It does not affect the lives of millions. It will not reshape the structure of our daily lives, or really add importantly to either our wealth or our power.’ Few predictions have proven faultier.”

The act did away with a system of national origins quotas in place since the 1920s that heavily favored immigrants from Northern and Western Europe. It replaced this with a system that favored the reunification of families and, to a lesser extent, skills. This opened the door not only to Southern and Eastern Europeans, but also to millions of newcomers from Africa, Asia and the Middle East. It also put a ceiling for the first time on immigration from the Western Hemisphere, greatly contributing to illegal immigration from Latin America.

Immigration reform then was just as contentious an issue as it is today, she says. The Cold War was raging, and proponents of reform argued that failure to make changes in the policy was offending the newly decolonized people of Asia and Africa that the United States wanted to keep out of the Soviet Union’s orbit. Ethnic groups such as Greeks and Italians used Cold War rhetoric too, arguing that population pressure in their home countries encouraged social unrest and provided a fertile ground for communism.

“There were also people on the other side of the equation, people who didn’t want to open the borders. They said, ‘Ah, well, if we open the borders, then we’ll have all these spies coming in,’” Wall says. It’s a familiar argument in 2016, with some politicians seeking to limit or ban immigration from Muslim countries because of the fear of terrorism.

Andrew J. Rotter, Charles A. Dana Professor of History at Colgate University, recommended Wall for the NEH fellowship. He says any book she produces will be carefully researched and beautifully written, in part owing to her background as a Wall Street Journal reporter.

“Wendy has an astonishing knack to make history come alive through the prism of current events — in this case, the (often poisonous and nearly always ill-informed) debate over immigration,” Rotter says. “Her story promises to place these debates in a deep and illuminating context.”