Stereotypes push women away from entrepreneurship 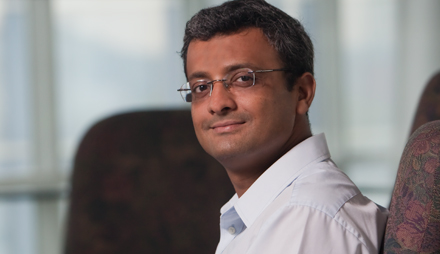 Vishal Gupta believes the way that entrepreneurship is presented, discussed and taught must change — especially for women.

“Where are the role models for women?” asks Gupta, an assistant professor of strategy at Binghamton University. “Pick up any book on entrepreneurship: It’s all about men. Switch on the TV, and when it comes to entrepreneurs, it is Bill Gates and Steve Jobs. Where are the women entrepreneurs? They’re not being talked about.”

Of course, there have been many high-profile female entrepreneurs over the past half-century. The accomplishments of Oprah Winfrey, Estée Lauder, Mary Kay Ash and Debbi Fields are easily as impressive as those of Gates, Jobs, Richard Branson and Vidal Sassoon. But the failure to highlight the work of female entrepreneurs is exacerbated by societal stereotypes that often link entrepreneurship to masculine characteristics.

Gupta, who has devoted much of his research career to entrepreneurship, finds that gender stereotypes can discourage women from starting their own businesses, while gender-neutral messages prove most appealing to them.

“Some people say that the question of gender difference is timeless: It has always been there with us,” he says. “My research goes deeper into the question: Do men and women differ when it comes to entrepreneurship?”

To help answer the question, Gupta and colleagues Daniel Turban at the University of Missouri and Nachiket Bhawe from the University of Minnesota distributed articles about attributes of entrepreneurs to more than 465 undergraduate business students who were divided into random groups. 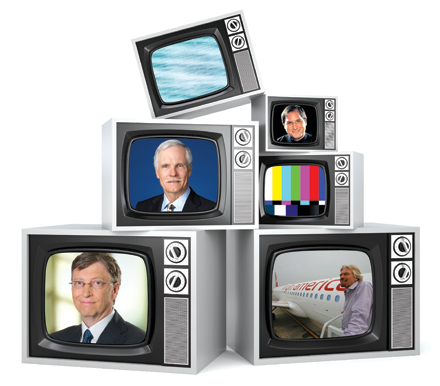 “A lot of what we know about gender differences tends to be anecdotal or based on archival data, such as the Census,” Gupta says. “What we did was bring in the random-experiment approach, which is popular in fields like biology, medicine and agriculture.

“The nice thing about random experiments is that they take the guesswork from your analysis,” he says. “We said, ‘What if you gave a certain treatment to men and women who are randomly distributed in groups? What kinds of differences would you see based on the readings of the articles?’”

“You wouldn’t think there would be systematic entrepreneurial differences between men and women in these students,” Gupta says. “They were all business students exposed to the same knowledge and opportunities.”

Gupta and his colleagues determined that both men and women assimilated to the subtle reminders about social beliefs and entrepreneurship.

“When we presented the feminine information, nothing happened. Why? Because it is not consistent with what students are seeing and hearing in society about entrepreneurs,” Gupta says.
Women shared equal entrepreneurial aspirations with men only when the gender-neutral attributes were presented. The study, “The Effect of Gender Stereotype Activation on Entrepreneurial Intentions,” was published in 2008 in The Journal of Applied Psychology.

“We were surprised by how clear our results were about the effects of exposing people to those societal beliefs in subconscious ways,” he says.

Entrepreneurship has had an impact on Gupta’s life since he was a young boy living in India.

“In many cases, entrepreneurship professors grew up around an entrepreneur who had a substantial influence in their life,” he says. “In my case, that someone was my father.”

Gupta’s father started as an entrepreneur at age 16, working in the machinery business in India.

“When the family got together for dinner or lunch, you heard entrepreneurial ideas and new ways to create value,” Gupta says. “That ends up having a lot of influence on your thinking.”

Gupta earned a degree in mechanical engineering from Punjab Technical University and was pursuing a master’s degree in industrial engineering in the United States when he met business professors at Penn State’s Smeal College of Business. “It gave me a new way of thinking about ideas,” he says. “That was the first important influence on me in the U.S.”

“He brings a lot of creativity, hard work and effort,” Turban says. “He is good at thinking about what to investigate and how to frame it. … Some of the attributes that are particularly important are that he has a lot of drive and motivation that are coupled with ability and curiosity.”

Gupta joined Binghamton University’s faculty in 2008. “When I first joined academia, my father said, ‘What are you doing? Do something useful with your life,’” Gupta says. “For him, academia wasn’t practical. Now he sees that I haven’t lost my practical orientation. He realizes that academia doesn’t take you away from being practical. You can do both.”

Changing the way entrepreneurship is discussed starts not only with reaching young people, but also by always presenting it as an option for men and women.

“We never explicitly say that (entrepreneurship) is for men and not women,” Gupta says. “But implicitly, that’s what we are signaling. How? By emphasizing masculine characteristics.”

Gupta points to arguably the most popular television show with an entrepreneurial focus, Donald Trump’s The Apprentice.

“What that show is doing is turning women away from being entrepreneurs because they’re looking at it and thinking, ‘That’s not me,’” Gupta says. “It so blatantly emphasizes those stereotypical masculine characteristics. “When I watch TV, I have to work really hard to find role models for my female students, especially business role models.”

Even when there is a successful female entrepreneur, the media can still present her in a negative light, Gupta says. One such example is a movie about Martha Stewart called Martha, Inc.
“If you saw that movie, you would not want your daughter to be an entrepreneur,” Gupta says. “They show Martha Stewart as selfish and only looking out for herself at an early age. That’s a big problem. You have to emphasize that entrepreneurs are people who contribute positively to the economy and society.”

Gupta also would like to see the stories of female entrepreneurs “front and center” in textbooks with an emphasis on success “while retaining their feminine identity.” One place where that can be seen is in Gupta’s home country of India, where 14 percent of women are entrepreneurs, compared to 8 percent in the United States.

Gupta and his colleagues conducted a similar gender-entrepreneurship study in India in 2009. Unlike in the United States, emphasizing female characteristics had a positive influence on Indian women’s views of entrepreneurship. While India has greater perceived gender differences and barriers to women in business, it has had female heads of state and the female characteristics are consistent with successful business leaders in the Indian culture.

But Gupta worries that the expanding popularity of Western television shows could eventually affect Indian women’s attitudes toward entrepreneurship. “Maybe as our TV shows diffuse through their society, they will end up in the same position as us,” he says. “The power of TV shows such as Friends is such that Indian kids would rather watch the show than actually be with their friends. It’s unfortunate that the media can have so much power over how we think and act.”

Gupta plans to further analyze Hollywood’s role in entrepreneurship. He has identified movies that deal with the subject and hopes to answer the question: Can movies with female entrepreneurs reduce some of the differences in men’s and women’s interest in becoming entrepreneurs? Educators, scholars and activists can all learn lessons from the gender-entrepreneurship research, Gupta says, ranging from the need to promote role models to the power of random experiments in examining the challenges that lie ahead.

“Social beliefs, especially about gender roles and professions, are very entrenched in society,” he says. “They can change, but they take a long time to change. If we want to change the gender image of entrepreneurship, it won’t be an easy job.”

Why does this matter to me?

Vishal Gupta argues that a gender-neutral presentation of entrepreneurship could result in more women choosing to become entrepreneurs.

In 2009, an average of 0.34 percent of the American adult population, or 340 out of 100,000 adults, created a new business each month, according to a data analysis performed by the Kauffman Foundation. This business-creation rate translates into 558,000 new businesses being created each month during the year. Overall, men are substantially more likely to start businesses each month than are women.

Since start-up companies help drive job creation in the United States, getting more women into the entrepreneurial pipeline could improve the national economy.