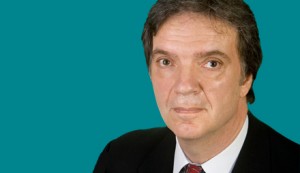 Imagine you’re an engineer charged with designing an SUV to sell in a third-world country. What sorts of questions might you consider before creating a prototype?

This is a case study from Binghamton University faculty member George Catalano’s latest book series, Engineering and Society: Working Towards Social Justice. The books, which Catalano co-authored with Caroline Baillie of the University of Western Australia, encourage engineers to think about the long- and short-term implications of their projects.

“Engineers tend to be good employees,” Catalano said. “If people need things designed, we tend to just design them without giving a lot of thought to their applications.”

For example, in the SUV scenario, a typical engineer might consider gas prices, current supply and demand, cultural preferences and regional geography to make the product marketable. But Catalano, a professor of bioengineering, believes that it’s not enough to consider only such practical factors.

“Our goal is to present a different kind of paradigm for making decisions — one that includes all the different parts of society, including the environment, that too often are ignored,” he said. 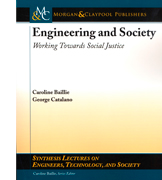 In the case of the third-world SUV, the book asserts that a responsible engineer would ask himself, “Will having SUVs make the citizens more or less able to live their lives freely? Will SUVs affect native or other subpopulations? Will the increased congestion, pollution and dependence on fossil fuels be acceptable? And how will SUV production and use impact ecosystems?”

By considering such questions, Catalano and Baillie write, engineers can create the greatest good for the greatest number of people.

Engineering and Society is a three-book series published this year by Morgan & Claypool as part of a larger compilation of books dealing with engineering ethics. The books’ authors are leading a campaign to emphasize humanity in engineering decision-making. The movement began in 2004 when Catalano became concerned about the use of engineered devices in the Iraq war and joined with Baillie, who had been having similar concerns about engineering.

Donna Riley, associate professor of engineering at Smith College, said she is excited about using Engineering and Society in her classes. “The book is without a doubt the most comprehensive treatment of engineering and social justice written to date,” she said. “It is different from typical textbooks in its integration of active learning in the text itself, with challenge boxes and exercises that students and other readers can undertake on their own.”

Catalano said he hopes his work will promote justice in the world and cause engineers and, ultimately, all individuals to ask themselves, “Is the pain and suffering in the world reduced, does it stay the same or does it increase because of the decisions that I make?”