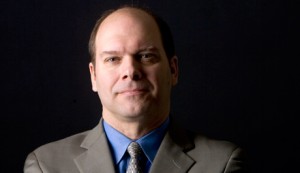 The Civil War stands as the deadliest conflict in U.S. history. Hundreds of thousands died in battle. Poor conditions in military encampments took the lives of many more. The effects of this bloody conflict reverberated across the lives of the 3 million men who fought in the war as well as the generations that followed.

A new analysis of census data suggests that this grisly era was even more costly than experts previously believed. Binghamton University historian J. David Hacker says the war’s dead numbered about 750,000, an estimate that’s 20 percent higher than the commonly cited figure of 620,000. His findings will be published in December in the journal Civil War History.

“The traditional estimate has become iconic,” Hacker says. “It’s been quoted for the last hundred years or more. If you go with that total for a minute — 620,000 — the number of men dying in the Civil War is more than in all other American wars from the American Revolution through the Korean War combined. And consider that the American population in 1860 was about 31 million people, about one-tenth the size it is today. If the war were fought today, the number of deaths would total 6.2 million.”

The 620,000 estimate, though widely cited, is also widely understood to be flawed. Neither the Union nor the Confederacy kept standardized personnel records. And the traditional estimate of Confederate war dead — 258,000 — was based on incomplete battle reports and a crude guess of deaths from disease and other non-combat causes. “It’s probably shocking to most people today that neither army felt any moral obligation to count and name the dead or to notify survivors,” Hacker says. “About half the men killed in battles were buried without identification. Most records were geared toward determining troop strength.”

Pulitzer Prize-winner James McPherson, the preeminent living historian of the war, says he finds Hacker’s new estimate plausible. “Even if it might not be quite as high as 750,000, I have always been convinced that the consensus figure of 620,000 is too low, and especially that the figure of 260,000 Confederate dead is definitely too low,” McPherson says. “My guess is that most of the difference between the estimate of 620,000 and Hacker’s higher figure is the result of underreported Confederate deaths.”

Some researchers have tried to re-count deaths in selected companies, regiments and areas. But Hacker says these attempts at a direct count will always miss people and therefore always underestimate deaths. “There are also huge problems estimating mortality with census data,” he explains. “You can track the number of people of certain ages from one census to the next, and you can see how many are missing. But the potential problem with that is that each census undercounted people by some unknown amount, and an unknown number of people moved in and out of the country between censuses.”

He looked at the ratio of male survival relative to female survival for each age group and established a “normal” pattern in survival rates for men and women by looking at the numbers for 1850-1860 and 1870-1880. Then he compared the war decade, 1860-1870, relative to the pattern.

Hacker’s method allowed him to get around the problem of differential census counts, too. The 1870 census, for instance, was notoriously poor in the South. But in this context it shouldn’t matter: If it’s bad for men, it’s also bad for women, which preserves the pattern. Hacker added in the conventional estimate of black soldiers’ deaths. On the civilian side, an estimated 50,000 people died as a result of the war. Hacker assumes the number of civilian deaths among white women age 10 to 44 is zero in his model, so that can’t account for his number being higher than the conventional estimate.

Hacker says he found approximately 750,000 male deaths beyond what would have been expected over the course of the decade. His estimate includes deaths of men who may have been wounded on the battlefield or contracted a disease in camp and then died at home. It also includes deaths from Cold Mountain-style guerilla warfare. About 30,000 of the men who participated in the war would have died even if there hadn’t been a war, so Hacker sees his estimate as conservative even though it’s far higher than the conventional figure.

Hacker’s new estimate of Civil War deaths spans a wide margin: 650,000 to 850,000, with 750,000 as the central figure. “Highlighting the potential error in my estimate also calls attention to the potential error in other ways of arriving at estimates,” he says. “The war came right at the beginning of modern statistical understanding. It’s the first war when we can try to count all these people, but we can’t do it well. In some ways, this number is our best estimate of the social costs of the war. So it’s important to get it right.”

Lesley J. Gordon, professor of history at the University of Akron and editor of Civil War History, the oldest peer-reviewed journal focused on the era, says she knew that Hacker’s findings were exciting as soon as she read his paper. “What I appreciate about it is he’s showing us that you can take an accepted fact like these numbers and, yes, there are reasons to be doubtful,” she says. “There are ways to challenge ourselves and think about things that have been accepted all these years. The number has been undercounted. It might not be exact, and that’s OK, but we’re still off by a considerable amount.”

Like earlier estimates, Hacker’s includes men who died in battle as well as soldiers who died as a result of poor conditions in military camps. “Roughly two out of three men who died in the war died from disease,” he says. “The war took men without acquired immunities to infectious diseases from all over the country and brought them all together into crowded camps that became very filthy very quickly. It was a decade before some key discoveries in microbiology about disease pathogens and sanitation. They had a sense that cleaner air and water is healthy, of course, but they didn’t have a sense of clean water at the microbiological level.” Deaths resulted from diarrhea, dysentery, measles, typhoid and malaria, among other illnesses.

There’s debate among historians about the destructiveness of the war. Was it a  “total”  war, a war levied against a population, not just an army? “If you want to argue that the conflict was very destructive, the 750,000 number could certainly suggest that,” Hacker says. “On the other hand, you could emphasize that neither army directly targeted the civilian population, that the number of civilian deaths was relatively low and that most soldiers’ deaths were not on the battlefield. Only when you add both sides’ casualties, which we don’t do for other wars, can you get to that total.”

He notes that the new figure would indicate higher numbers of widows and orphans in the post-war years. If his revised estimate is accurate, the new death count is greater than all American war deaths from other conflicts combined, from the Revolution to the present day. It fundamentally changes our ideas about the human and psychic costs of the conflict.

Gordon agrees. “When you have that many men gone, 20 percent more men dead, it does add a layer to the suffering,” she says. “It adds to our understanding of that generation.” At the very least, she says, Hacker’s findings mean that historians need to put a large asterisk next to the commonly cited death toll.

McPherson says Hacker’s new figure should gain acceptance among historians of the era. “An accurate tally — or at least a reasonable estimate — is important in order to gauge the huge impact of the war on American society,” he says. “Even if the number of war dead was ‘only’ 620,000, that still created a huge impact, especially in the South, and a figure of 750,000 makes that impact — and the demographic shadow it threw on the next two generations of Americans — just that much greater.”

Leave a Reply to bibol