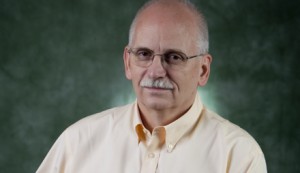 The CAMM is an integral part of Binghamton University’s New York State Center of Excellence in Small Scale Systems Integration and Packaging (S3IP). The CAMM, a microelectronics manufacturing R&D center, is focused on the development of manufacturing technologies in a flexible, cost-reduced, roll-to-roll format.  The CAMM was founded by Binghamton University in partnership with Endicott Interconnect Technologies and Cornell University, and has a growing number of partner companies from around the world.

Borgesen, who joined Binghamton University’s Department of Systems Science and Industrial Engineering this year, received his PhD in physics from the University of Aarhus, Denmark. He has held positions at Riso National Laboratory and at Max Planck Institute for Plasma Physics, where he conducted research on surface physics for fusion energy applications. At Cornell University, he researched issues ranging from particle-solid interactions and hydrogen in metals to reliability of electronics.

Borgesen worked for more than 14 years at Universal Instruments, managing a multi-million-dollar manufacturing research effort funded by an international consortium of 30 companies from across the electronics industry. He has published 200 papers and book chapters, edited six books on a wide range of subjects and served on a National Research Council panel for 15 years.

S3IP Director Bahgat Sammakia said, “Borgesen brings a wealth of experience to the CAMM with his strong background as a scientist and as an engineer at Universal Instruments, as well as his experience in managing successful research consortia based in industry for many years. I am delighted with this development and look forward to working closely with Peter on growing the CAMM.”

For more information about the CAMM, visit http://camm.binghamton.edu.