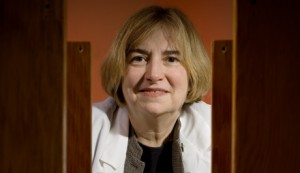 Linda Spear, distinguished professor of psychology at Binghamton University, has been named to the National Advisory Council on Alcohol Abuse and Alcoholism.

Since 2004, Spear has served on the NIAAA’s Extramural Advisory Board, a board of alcohol experts charged with reviewing the entire research portfolio of the institute and recommending future research opportunities to the council.  She will continue in that position as well.

“I am excited by the opportunity to play an active role in shaping future research in the alcohol field, through membership on the national council and External Advisory Board,” said Spear, whose lab has published landmark studies using animal models to characterize neurobehavioral features of adolescence.

Her work centers, in particular, on alcohol sensitivity and use during adolescence, the age when many young people first drink alcohol. Spear’s findings are helping scientists understand how adolescent-typical brain changes and behavioral characteristics contribute to the initiation and progression of alcohol, drug use and other problem behaviors during adolescence, and to potential long-term consequences of this use later in life.

Last fall, Spear received the Bowles Lectureship Award from the University of North Carolina at Chapel Hill. She gave a lecture in September titled “Adolescence: Neurobehavioral Characteristics, differential alcohol sensitivities and intake” in conjunction with the honor, which included a plaque and a $5,000 prize.

Most recently, Spear was awarded the distinction of AAAS Fellow. The honor is bestowed upon American Association for the Advancement of Science members by their peers. As part of the Section on Psychology, Spear was elected as an AAAS Fellow for understanding base mechanisms underlying alcoholism and drug abuse.

This year 486 members were chosen for the honor by AAAS because of their distinguished efforts to advance science or its applications. New fellows were honored Feb. 14 during the 2009 AAAS annual meeting in Chicago.

AAAS is the world’s largest general scientific society and publisher of the journal Science.

Spear, a Whitney Point resident, joined Binghamton’s faculty in 1976. She holds master’s and doctoral degrees from the University of Florida as well as a bachelor’s degree from Western Illinois University.