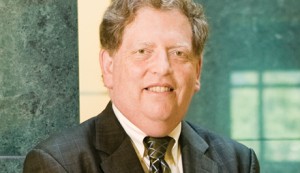 Gerald Sonnenfeld, vice president for research, will receive a national award in recognition of his work with the Minority Affairs Committee of the American Association of Immunologists, or AAI.

“Diversity has always been an important issue for me,” said Sonnenfeld, formerly the associate dean of the Morehouse School of Medicine, a leading minority-serving medical school.

AAI is the largest and most prestigious professional association of immunologists in the world; the group unites more than 6,500 scientists who conduct immunology research. Sonnenfeld said the association’s director asked him to help strengthen the focus of the association’s Minority Affairs Committee about eight years ago.

“We wanted to enhance the participation of minority scientists in immunology,” Sonnenfeld said.

A grant through the Federation of American Societies for Experimental Biology helped to fund a mentoring program designed to boost diversity at the AAI’s annual conference. The committee also established a lectureship at the conference that highlights minority researchers.

The work has helped the society and the meeting become more diverse, he said. It’s also, in his view, simply the right thing to do.

“I have met many junior scientists who have great potential, and I have been able to watch over the years and see a lot of them succeed,” he said.

Sonnenfeld will be presented with the AAI Distinguished Service Award during the association’s annual conference in May. He said he is particularly pleased to be receiving the award with Randy Brutkiewicz of the Indiana University School of Medicine, the scientist who succeeded him as chair of the committee. Sonnenfeld sees that as proof that the initiatives begun during his tenure continue to make a difference in the organization.

“If we don’t tap into these resources, we will lose the potential of an outstanding talent pool with very diverse ideas and approaches — and we may miss out on major scientific discoveries,” Sonnenfeld said. “People should be given the opportunity to participate in what I think is a wonderful career.”

M. Michele Hogan, executive director of AAI, said Sonnenfeld has given generously of his time and expertise. “It is for his dedication to the careers of young minority immunologists, and for creating a forum for senior minority immunologists, that Dr. Sonnenfeld is being honored with the 2010 AAI Distinguished Service Award,” she said. “As chair of the AAI Minority Affairs Committee from 2002-2005, he energized the AAI community and started new programs such as the highly successful Distinguished Minority Lecturer series at the AAI annual meeting and the Careers Roundtable social networking event that brings young under-represented minority scientists together with more senior professionals for career and life advice.”

Sonnenfeld’s own research focuses on the regulation of the immune system by the neuro-endocrine system and how stress affects reactions. Some of his work involves the effects of space flight on the immune system.