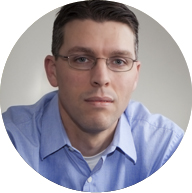 Brandon Gibb’s research could provide new weapons for the fight against childhood depression. Working with colleagues around the country, he hopes to identify the causes of mental-health problems in kids and define trajectories of risk for depression.

“We’re hoping not only to identify which risk factors are most important but also to determine a developmental window that may provide the best opportunity for intervention,” said Gibb, associate professor of psychology at Binghamton University and director of its Mood Disorders Institute.

During the next five years, Gibb and his colleagues will study 250 8- to 14-year-olds and their mothers to develop a better understanding of the genetic, environmental and psychological variables that can lead to depression.

People are at risk for depression if something bad happens to them, Gibb explained. It’s as simple – and as complicated – as that. “But we also know there is huge variability in which people get depressed when terrible things happen to them,” he said. “What we’re interested in is how people think about the things that happen in their lives as this mechanism of risk.”

These differences in thought patterns – or information-processing biases – fascinate Gibb.

“Let’s say you have a fight with a friend,” he said. “You can say, ‘Oh the friend was just in a bad mood and he’ll probably be back tomorrow.’ Or you can say, ‘Wow, this means I’ll never have another friend in my life.’ And the people who take it the second way are going to be at risk for depression.”

These ways of thinking about the events in one’s life are pretty stable in adults and even toward the end of adolescence, Gibb said. He wants to know when children develop these thinking styles and find out whether negative experiences early in life contribute to that development.

His study will also look at how specific genes affect these outcomes. “We’re looking at variation in genes that we think are related to heightened reactivity to environmental stress,” Gibb said. “We’re looking at whether we can identify sub-groups that are protected from or at greater risk of depression.”

Collaborators on the project include geneticists John McGeary at Brown University and Andrew Smolen at the University of Colorado as well as Constance Hammen at UCLA and David Cole at Vanderbilt University.

“There’s no simple answer to depression,” Gibb said. “People can get depressed for a lot of reasons. What we’re trying to do is take a lot of the reasons and see how they all work together to contribute to an enduring risk that is developed during childhood and maintained throughout someone’s life.”

Researchers will meet with the study participants, who will all be drawn from the Greater Binghamton community, every six months for two years. The researchers will use interviews as well as questionnaires and computer-based tasks in the study.

“We’ll be able to develop a better understanding of the vicious cycle that depressed people find themselves in. What often happens when people are depressed is they feel bad, so they withdraw from friends and family. That makes them feel worse, so they withdraw more. And they get caught in this cycle.”

This is no small problem: Estimates suggest that, at any given point, 1 out of every 36 children and 1 out of 18 adolescents experiences major depression. By age 18, 1 in 7 has experienced at least one episode of major depression. Many others have less-severe problems. And children of depressed mothers have a risk three to four times higher than the general population.