Is climate change making us sick? 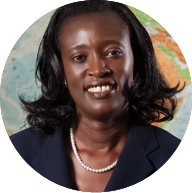 The answer is yes, and a geographically based approach can help fight diseases such as malaria and swine flu.

Climate change and its anticipated health effects vary by place, with broad regional impacts and disproportionate risks among various populations. Emerging diseases are among the most far-reaching consequences of global warming. In the decades ahead, we need to develop a geographically based framework to identify vulnerable places and at-risk populations. That will require partnerships with health professionals and policymakers.

What’s an emerging disease?
Emerging and re-emerging infectious diseases, or ERIDs, are infectious diseases that have increased in incidence or geographic range, recently moved into new host populations, recently been discovered or are caused by newly evolved pathogens. Noteworthy also is their timeline; diseases have been classified as ERIDs if their incidence in humans has increased since the 1970s or threatens to increase in the near future.

ERIDs have received a lot of public attention due in part to recent pandemics and how rapidly they are diffusing globally. For example, Severe Acute Respiratory Syndrome (SARS) was the first pandemic to emerge in the 21st century. Following its initial diagnosis in November 2002 in Guangdong, China, it spread to more than 30 countries within six months. About 8,450 cases were diagnosed globally, with a 10 percent fatality rate.

Within a couple of years, concerns about SARS were overshadowed by the emergence of the H1N1 virus, which originated in Mexico and the southern United States in April 2009, and then spread to more than 206 countries in less than seven months. As of November 2009, H1N1 — also called swine flu — had infected 526,060 people, killing at least 6,770.

Commenting on this worrisome trend, epidemiologist Larry Brilliant noted that we might be entering the age of pandemics. This certainly may be the case since more than 30 new diseases have emerged or expanded their geographic territories during the last three decades. Some, such as the drug-resistant strains of Plasmodium falciparum malaria and tuberculosis, pose significant global health risks.

The climate change connection
Scientists are beginning to piece together the causal links between ERIDs and global warming. The underlying factors, the routes and the pathways of disease transmission, however, are complicated with potentially long latency periods. Alongside climate change and environmental disturbances, the underlying factors include the changing demographics of communities and human behaviors (urbanization, migration, risky behaviors); increasing global trade and travel; changes in industrial and agricultural practices (including food production, processing and distribution); the breakdown of public health measures in many countries; the overuse of antibiotics; and the development of resistant or new strains of disease pathogens.

More recently, some diseases have re-emerged because of bioterrorism (as in the case of anthrax), conflicts in world regions and persistent inequities among populations. Human susceptibility to ERIDs has also increased due to the aging population (longer life expectancies) and the adverse and synergistic effects of HIV/AIDs and other autoimmune diseases.

The spatial variability of climate change, the regional differentiation of its impacts and the rapid and intense spread of emergent diseases all suggest the need for a geographically based framework to identify vulnerable places and at-risk populations. Such a framework will require a deeper level of understanding of the biophysical changes that are occurring in these places, the demographic characteristics of those areas and the range of social, institutional, technological and behavioral adaptations that are — or, in some cases, are not — being put in place to alleviate these challenges.

Like the anticipated changes in climate, the potential for loss of life as a result of exposure to these hazards varies. Some places, particularly low-lying coastal areas and floodplains, urban heat islands and disease vector border regions, are more likely to bear the brunt of these hazards than others. Societal impact will also vary from place to place, with disparate risks among different populations depending on pre-existing disadvantages such as racial/ethnic disparities and income inequalities.

Within the United States, for example, Hurricane Katrina uncovered the deep divide by race and class in New Orleans. Our study of the hazardous exposures arising from this 2005 catastrophic meteorological event showed that the most vulnerable populations living in the maximum inundated areas were minorities and low-income populations. This study confirmed that the biophysical attributes, socio-demographic characteristics and the local context of communities are key drivers of vulnerability when evaluating the health impact of climate change.

A recent call for public health preparedness for global climate change published in the American Journal of Preventive Medicine underscores the need to formally incorporate a place-based approach in developing health strategies for these environmental threats. A focus on place, the authors argue, would emphasize the local nature of both human exposures and responses to these hazards. A spatial perspective would bring attention to the local areas that would be most affected by these events. The geographically based approach will showcase the strengths of the local people, enabling the collective participation of local stakeholders in environmental health planning to promote sustainable and livable communities.

Why look to geographers for answers?
Geographers bring numerous tools to the table to work with public health professionals and policy makers. Geographers can offer a number of analytical approaches and technologies for disease surveillance and intervention, including geographic information systems (GIS), remote sensing, geostatistics and cartography.

One such example can be drawn from the landscape epidemiology approach, which relies on geospatial methodologies to delineate the geographic territories of transmissible diseases. Using this approach, the ecological niche of a transmissible disease can be delineated by overlaying the spatial distribution of the pathogenic agent with the distribution of the disease vectors and host populations. Within this distribution range, one can determine the biophysical and social conditions that favor the survival and transmission of the disease pathogen. This approach has been used to monitor vector-borne ERIDs such as the West Nile virus and Lyme disease in the United States.

Another example of geography in action can be seen in the fight against malaria, another ERID. The disease is now endemic in 109 countries, with nearly 3.3 billion people at risk, particularly in sub-Saharan Africa. Climate change, poverty, armed regional conflicts and the scourge of HIV/AIDS have all contributed to the persistence of this disease. These conditions, along with increasing globalization and international migration, have heightened concerns about its potential emergence or re-emergence in temperate regions. In the United States, for example, malaria is now the most commonly imported disease, with more than 1,000 cases reported each year. With the anticipated changes in temperature, rainfall and humidity, there’s a real possibility of re-emergence in the United States.

The use of geospatial models to predict malaria risk and transmission has been quite informative, with projected net increases in the global at-risk population to 8 billion by 2080. Though these models have been criticized for using coarse spatial resolutions and overly emphasizing temperature changes, the results provide a valuable starting point for countries to develop public health strategies. Along with the development of the predictive models, geographic fieldwork and site-specific activities have been beneficial in assessing the social, economic and behavioral factors that influence disease transmission, and the treatment or preventive practices used in high-risk communities.

One such study was recently undertaken in a low-income community in Sierra Leone, in which we assessed the prevalence, severity and duration of malaria episodes among 731 residents; their risk factors; knowledge, access and use of reliable treatment options; and the efficacy and benefits of alternative therapies. Chloroquine was still the most widely used therapy for malaria in this community despite the growing resistance of p falciparum parasites to this drug. The research findings provided a useful context for developing a health intervention program for the community. Educating residents about the environmental risk sources of malaria, in addition to promoting the use of bednets, homeopathic methods and artemisia-based therapies, offers hope for reducing the malaria burden in this community.

These efforts demonstrate the importance of scholarly engagements to develop and advance meaningful and sustainable approaches for dealing with environmental risks and health challenges that affect the livelihoods of residents in vulnerable communities.  As the threats from global climate change continue to emerge, the need for scientific networks that bolster such initiatives and collaborative partnerships across disciplines such as geography and public health becomes even greater.

For more on this topic

The Age of Pandemics by Larry Brilliant

Anthropogenic Environmental Change and the Emergence of Infectious Diseases in Wildlife by P. Daszak, A.A. Cunningham and A.D. Hyatt