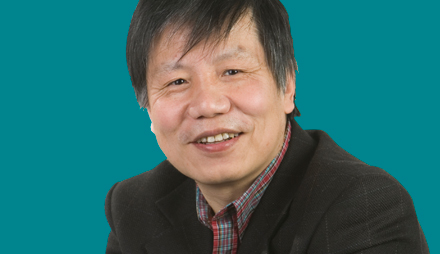 In a study published recently by The Journal of Socio-Economics, Yang reports that an aversion to the number 4, combined with a preference for the numbers 6 and 8, may translate into a “surcharge” of as much as 1.4 percent of China’s gross domestic product.

In China, the world’s second-largest economy, superstition plays an important role in the pricing of consumer goods. The number 4 shares the same sound as “death” in Chinese; 6 is a lucky number that represents “smooth”; and the number 8 sounds like the word “prosperity” in Chinese.

It’s not uncommon for a culture to have such preferences, Yang notes: Consider Americans’ aversion to the number 13. The difference is that the Chinese superstition has significant economic implications.

Yang, who grew up in China and travels there several times a year, had made casual observations about the effect of these superstitions in the past. When he set out to test his theory, he hired someone to collect random prices from Chinese shops without telling him what kind of research he was doing. In the end, Yang analyzed more than 11,000 Beijing-area prices of items in five categories: food, electronics and appliances, clothing, real estate and services.

“Through meticulous analysis of the collected data, I conclude that retailers in China could have gained as much as an extra 4.16 percent by manipulating price tag numbers to take advantage of superstitions,” he writes, “which could translate into as much as 1.40 percent of annual GDP in 2007, where these retailer gains are consumer losses.”

It’s this conclusion that distinguishes Yang’s paper, which was highlighted in the January/Febrary edition of Harvard Business Review.

“Consumers overpay for what they purchase in China in general,” he says. “There’s a lot of profit margin, which means there’s a lot of room for manipulation.”

Yang, whose research primarily focuses on energy and environmental economics, tackled the question of lucky numbers on a lark. He may return to this topic for a future project, though: He’d like to examine consumer purchase patterns as they relate to “lucky” numbers in China.