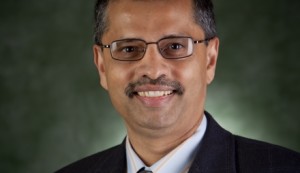 Although movie sequels don’t always do as well at the box office as the original, they tend to do much better than non-sequels, according to a new study in the July Journal of Business Research. And timing is everything – the shorter the period between releases, the better.

A recent study by experts at Binghamton University and Florida Atlantic University found sequels do not match the box office revenues of the parent films. However, week-by-week, they do better than non-sequels – more so, when they quickly follow the original.

“Indeed, we have found that some franchises are closely following this practice,” said Subimal Chatterjee, marketing professor at Binghamton University. “For instance, New Line Studios released the Lord of the Rings trilogy in almost clocklike precision: Fellowship of the Ring in December, 2001; The Two Towers in December in 2002; and The Return of the King in December 2003. A shorter time gap for releasing a sequel is better than a longer time gap given that the ‘buzz’ and anticipation is likely to dissipate in consumers’ memory with a longer wait.”

However, as Chatterjee points out, delays do not kill a sequel’s chance of success. “For example, people were quite willing to wait for over 10 years to see Bruce Willis back in Die Hard or Harrison Ford in Indiana Jones,” he said. “There is something to be said about star power in keeping the franchise alive.”

Sequels also show a faster drop in weekly revenues relative to non-sequels. “One can surmise that sequels attract a disproportionate number of curious consumers in the opening week,” said Suman Basuroy, assistant professor of marketing at Florida Atlantic University. “Unfortunately, many sequels are not able to sustain this interest past the initial draw.”

Over time, a single film may spawn multiple sequels and become a franchise. For example, the James Bond franchise, starting with Dr. No in 1963, has produced more than 20 sequels. According to Chatterjee and Basuroy, the number of sequels can affect the current sequel’s box office performance, and ultimately the strength of the franchise.

“It all depends on the quality of each of the intervening sequels,” Basuroy said. “If consumers perceive that the sequels are better than the original film, the number of sequels can have a positive impact on the current sequel’s box office performance. Once again, we found that ‘buzz’ and consumer anticipation can be the make-or-break factor in building the overall franchise.”

Chatterjee suggests that this study offers movie studios key managerial insight. “Studios who count on sequels as less risky ventures than non-sequels need to make sure that production budgets are carefully managed,” he said. “Sequels may not perform as well as the original and knowing that production costs escalate for all films – particularly those of sequels – studios need to manage the timing of the releases, the number of sequels and the gap in between releases.”

What else do studio managers need to know? Chatterjee and Basuroy are working on a new project that advises managers how to manage the tricky situation of boredom that is inevitable when sequels repeat the same plot and storyline.

“Our research shows that consumers actually like repetition, but only up to a point,” Basuroy said. “For example, people would rather have Rocky II do pretty much the same things as in the parent Rocky movie. But, by the time Rocky IV or V comes along, people will like to see a different story, or even a different actor play Rocky.”

As Chatterjee points out, “this is one of those few areas where managers and academics have to learn a lot from each other, which makes our research all that more exciting.”