Breakthrough may have implications for superconductors 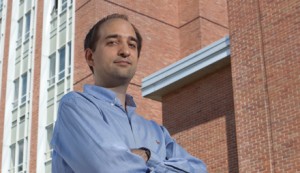 Sometimes your worst enemy can become your best friend.

That idea provided motivation for the latest breakthrough from Binghamton University physicist Michael Lawler and his colleagues, who are searching for the mechanism of high-temperature superconductivity.

“Bad” metals, ones that have trouble carrying any electrical current, can become superconductors under the right conditions. “How is it that something that doesn’t conduct normal electricity well becomes such a great superconductor?” asked Lawler, a theorist. He hopes to answer that question, in part by studying materials called cuprates and examining their electronic structure.

The data he and his colleagues analyzed have been available for several years, but have not been well understood. Their findings, that liquid crystal phenomena appear active in cuprate materials, were published this week in the journal Science. 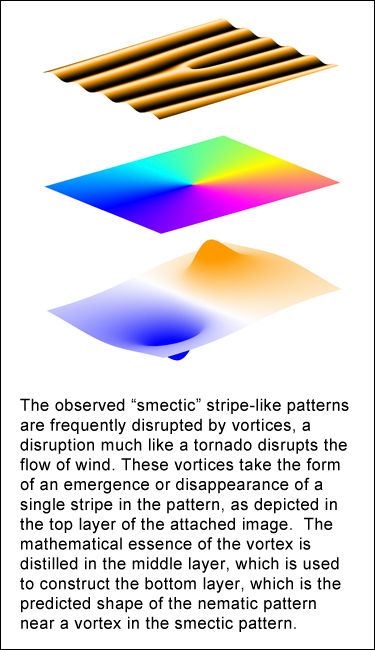 Superconductors are materials that conduct electricity without resistance below a certain temperature. For decades, it was thought that these materials could conduct electricity only at temperatures far below freezing. Since 1987, however, scientists have discovered several compounds that superconduct at much higher temperatures. Development of this technology could lead to dramatic advances in the delivery of electricity to homes and businesses as well as to improvements in cell phone towers and even high-speed trains.

Lawler and his colleagues believe that the “pseudogap phenomenon,” the vanishing of the low-energy electronic excitations in high-temperature superconductors, is the key to understanding these materials. The team developed a theory related to electronic liquid crystal patterns in these materials and then put it to the test.

What they found can be compared to the design of the American flag. Think of the stars; that’s a crystal pattern. Now think of the stripes; that’s the sort of pattern formed by atoms in “smectic” liquid crystals. It turns out that such “stripes” also arise in cuprate superconductors — keep in mind that each one is only a few atoms thick — but are frequently disturbed by tornado-like vortices. These disturbances take the form of an added or missing stripe in the pattern.

When the physicists examined the sites of these disturbances using a scanning tunneling microscope, they found that there was a direct connection between the vortices and another pattern they discovered earlier. The earlier study revealed a broken symmetry in which electrons flow more easily in, say, the X-direction than the Y-direction.

“In a problem that has gone unsolved for more than 20 years, it is remarkable to find a connection between theory and experiment at this level,” Lawler said. “It is possible that the patterns we focus on inhibit the regular flow of electricity but also help electrons act together to overcome this obstacle. In other words, this could be an enemy that becomes a friend.”

Lawler, who joined the Binghamton University faculty in 2008, collaborated on this paper with researchers at Cornell University, Brookhaven National Laboratory, Harvard University and institutions in the Netherlands, Japan and the United Kingdom. To read the paper, visit http://www.sciencemag.org/content/333/6041/426.full.