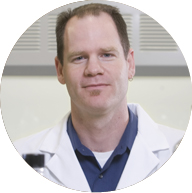 A Binghamton University researcher will receive $1.33 million from the National Institutes of Health to support Parkinson’s disease research.

Christopher Bishop, assistant professor of psychology, said his primary interest lies not only in the treatment of Parkinson’s but also in the side effects of treatment.

“Parkinson’s disease patients have trouble with movement,” Bishop said. “They move more slowly. They have rigidity in their limbs. They have balance problems and tremors.”

Those cardinal symptoms are a result of a deficit of dopamine in the brain.
Dopamine is a neurotransmitter that’s essential for movement; it also plays an important role in behavior, cognition and sleep.

In Parkinson’s patients, neurons in the brain that make dopamine die. Scientists still aren’t sure why; genetic factors are believed to play only a small role.

This deficit of dopamine can be reversed with treatment using a compound called L-DOPA, which has been the gold standard in Parkinson’s treatment for about 50 years.

The brain converts L-DOPA into dopamine, which is why it’s an effective replacement therapy for patients. For five to 10 years, this treatment works well. “The problem,” Bishop explained, “is that Parkinson’s is a progressive disease. You lose more and more of these neurons as time goes on, so therapeutically, doses of L-DOPA must increase.”

While that works for some people, many patients suffer troubling side effects as the dosage increases.

“By year 10,” Bishop said, “as many as 90 percent of patients will start to suffer from motor fluctuations and something called L-DOPA-induced dyskinesia. So you go from a state of no treatment where you’re not moving well, to a state where the drug is working well and you’re moving fluidly, to a point where L-DOPA doses are very high and you’re producing these abnormal, involuntary movements.”

Think of the actor Michael J. Fox’s recent television appearances. The excessive movements he displays aren’t a result of his Parkinson’s disease, but rather a symptom of the chronic L-DOPA he’s had.

And patients can’t simply stop taking L-DOPA; if they do, they face a nearly “frozen” life with incredibly limited ability to move.

This situation is an increasingly urgent medical concern. Roughly 1 million people in the United States have Parkinson’s; 50,000 more Americans are diagnosed with the disease each year. “That’s only going to increase as our population ages,” Bishop said. “This is not something that’s going away.”

Gerald Sonnenfeld, vice president for research, noted the University is delighted with Bishop’s receipt of funding from the National Institutes of Health. “His research on Parkinson’s disease is in the forefront of current worldwide efforts, and this has been supported by his receipt of this grant,” Sonnenfeld said. “We wish him great success on his efforts to understand Parkinson’s disease treatments and side effects.”

Bishop and his colleagues at Wayne State University’s medical school and the Veterans Administration hospital in Chicago hope to find a way to reduce dyskinesia and suppress these movements. There are very few treatments available, in part because how dyskinesia develops is still a mystery.

“We are beginning to believe that dyskinesia is actually the inability to suppress motor memories as a result of the drug’s stimulation,” Bishop said.

One possible treatment relates to glutamate, a neurotransmitter in the brain that can play a role in these memory processes, helping to lay down new pathways for motor memories.

The five-year grant from the National Institute for Neurological Disorders and Stroke will allow Bishop and his team to study serotonin compounds that reduce glutamate following L-DOPA treatment. Bishop’s work has also been supported by the American Parkinson’s Disease Association.
Bishop hopes to find out how these compounds work and what they’re doing that can help scientists understand what dyskinesia really is.

Bishop has developed a way to look at dyskinesia as it’s occurring and measure glutamate levels in different parts of the brain. Early experimentation has supported his theories, showing a reduction in dyskinesia as the serotonin compound is administered.

“I was drawn to this field,” Bishop said, “because not only am I asking, ‘How does it work?’ but also ‘How does it help with treatment?’ I think that has been a motivation for me.”