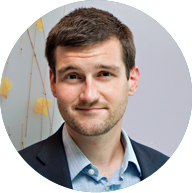 The use of personality tests in hiring is both common and controversial. Such tests consistently predict later job performance, though not with sufficient accuracy. Binghamton’s Seth Spain, an industrial psychologist, says employers should look beyond the characteristics these tests focus on — and consider the power of the dark side.

Q: What traits do employers usually want to learn about before making a hiring decision?

A: Most personality tests used by hiring managers measure a set of traits that have come to be known as the Big Five: neuroticism, extroversion, agreeableness, conscientiousness and openness to experience.

If I could choose between knowing whether somebody I was going to hire is really smart or really conscientious, I would take smart. It predicts a lot. But if I could find out about both, it would tell me something that just knowing someone’s smart cannot tell me.

Testing for what we call “dark-side” traits is far less common, in part because they’re so stigmatized.

Q: What traits do you put into that category?

A: We’re talking about traits like psychopathy, narcissism and Machiavellianism. They lie in a middle ground between normal personality traits such as the Big Five and the clinical traits used to diagnose psychological pathologies. In my latest research, we’re extending the “dark side” to traits such as excitable, skeptical, mischievous and even dutiful.

These subclinical traits are far more powerful in measuring someone’s job success than the Big Five, at least twice as useful in predicting performance. They’re doing a lot of heavy lifting. Taken together with the normal traits, we can make predictions that are about three times more accurate. The Big Five paradigm doesn’t cover a lot of our social reality.

Q: What are some findings that have surprised you?

A: Narcissists seem to develop faster as leaders, at least based on one sample we studied.

Also, there’s something called the corresponsive principle. The best way I can sum it up is to say that people tend to change in the direction of who they are. If you’re highly extroverted, you’re more likely to seek leadership roles — and then you’re likely to become even more extroverted.

Q: How do you hope to see your research applied?

A: My dad’s a mechanic and my mom was originally a hairstylist, so I come to this from a labor background. I’d like to use this work to help individual employees, to fight dysfunction by understanding it.

Q: So your goal isn’t to build a better, more comprehensive test for use by hiring managers?

A: No, I’d be reluctant to use these tests in hiring, given that personality changes over time. Organizations are going to hire people with dark traits, and some industries are going to be dealing with that more than others. We can develop programs and interventions that can help employees.

I use a personnel-selection paradigm in my work, and the workplace is a really great laboratory for studying human behavior. It’s a more controlled environment than the world in general. But what I would really like to do is help people understand themselves and perhaps improve and develop in their current jobs or when they change jobs. Some of what we’re learning about personality, and especially personality change, can also help the long-term unemployed.

Q: You have worked with the U.S. Army as well as police departments. What motivates those collaborations?

A: As a soldier, one of your biggest risk factors for being shot is the risk-taking behavior of the person in charge. Leadership has nontrivial consequences. This is true in the military, with cops and firefighters and in other places, like hospitals. Pretty simple leadership interventions can affect how many patients die in a hospital, for instance. That’s just by running a tighter, better functioning, slightly more communicative ship. They’re not huge effects, but we’re talking about life and death. I try to work in domains where I can see the consequences.

Seth Spain was a postdoctoral fellow at the University of Nebraska at Lincoln before joining the faculty of Binghamton’s School of Management in 2011. He holds a doctorate in industrial and organizational psychology from the University of Illinois at Urbana-Champaign, where he also completed his undergraduate work. Spain is a guest editor for a special issue of Applied Psychology: An International Review. The forthcoming journal will be titled Beyond the Bright Side: Dark Personality in the Workplace.