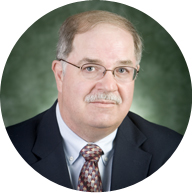 Professor Gary D. James has devoted 25 years to studying stress in humans. Along the way, he has studied Samoans and New Yorkers, figured out how to gather reliable blood pressure readings during everyday situations and collected untold numbers of saliva and urine samples.

Now the Binghamton University faculty member has co-edited a textbook that will aid students and professionals in designing field studies of stress. James worked with a former student, Gillian H. Ice, on Measuring Stress in Humans: A Practical Guide for the Field, which was published last month by Cambridge University Press.

Their focus is on non-invasive techniques that can be used outside the laboratory. “As an anthropologist,” James said, “I ask, ‘Why mimic real life in a lab if you can measure people as they go about their day?’”

Ice, James’ colleague, teaches at the Ohio University College of Osteopathic Medicine. Their book offers guidance on topics ranging from the best ways to collect saliva and urine to working with special populations including pregnant women and the elderly. It also will help researchers conceptualize what they want to study.

The book’s contributors all consider stress a dynamic process that happens in real life, James notes. And an integrated evaluation of that process makes the most sense to him. This sort of research may be in its infancy, but James already sees implications for doctors, health psychologists, sociologists and anthropologists, among others.

James’ interest in human stress goes back to his days as a graduate student at Pennsylvania State University. He worked on a portion of the Samoan Migration Project that focused on cultural transition and whether it’s stressful when people migrate to a more modern society. That was the first time he had to design a model for measuring stress.
“I had to develop a plan for how to do this,” he said, “because at that juncture, nobody was doing it.”

Later, at what’s now the Weill Medical College of Cornell University, James was involved in some of the first research studies that made use of ambulatory blood pressure monitoring. In these projects, subjects wear a blood pressure cuff attached to a small device that records readings taken every 15 minutes during a 24-hour period.

While ambulatory blood pressure monitoring was developed to aid in the diagnosis and treatment of hypertension, or high blood pressure, James put the device to a different use.
“I saw its potential in terms of evaluating stress in real life,” he said. “The idea here was to tie together those behaviors that people actually do that tend to be stressful to an increase in blood pressure so you could see how they ended up having that heart attack. You’re looking at an adaptive process, but not in a medical way.”

James recruited working women for some of his first experiments in the late 1980s and found that mothers had higher blood pressure readings at home with their children than they did at the office. His findings were featured in The New York Times Magazine and Mademoiselle, among other publications.

“I pretty much had to invent a new methodology and conceptualization of exactly how you study the biological responses to stress dynamically — not in a lab, but when people are out there in real life — their biological stress responses to the things they are doing,” James said. “Because ultimately, from a health perspective, those are the things that are contributing to mortality.”

James, who joined Binghamton’s faculty in 1998, has more recently turned his attention from hypertension and heart disease to cancer, especially breast cancer. Genetics likely account for about 10 percent of breast cancer cases, and it is unknown what’s behind the other 90 percent. Since stress has been proven to affect immune function and there are known viral causes of cancer, he postulates that the stresses of everyday life may contribute to cancer development by altering immune function, exposing women to cancer-causing agents.
He’s collaborating with researchers at the Mount Sinai School of Medicine in New York City, looking at biological stress markers and whether they’re different for women who have family histories of breast cancer. Their research so far has found that endocrinological stress responses are indeed accentuated in women who have a mother or sibling with breast cancer.