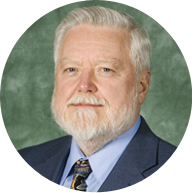 The SUNY Board of Trustees last month promoted Binghamton University archaeologist William H. Isbell to the rank of distinguished professor.

Isbell’s primary interests lie in the origins of political centralization, urbanism and governments. He has done fieldwork in Peru and Bolivia throughout his 35-year career.

“You could say I dig up lost cities,” said Isbell, who traces his passion for South American archaeology to a trip he took through the region while in Colombia with the Peace Corps.

Isbell, who holds a bachelor’s degree from San Francisco State University, earned his doctorate in anthropology from the University of Illinois in 1973. By then, he had already been teaching in Binghamton’s Anthropology Department for two years.

“His scholarly investigations into the origins of the prehistoric state, cultural evolutionism, postprocessual archaeology, and how knowledge of the past is constructed are internationally renowned,” President Lois B. DeFleur wrote in recommending Isbell for the promotion. “He has devoted his career to archaeological studies of the Middle Horizon Wari and Tiwanaku empires of Andean, South America, and is considered by many the leading living scholar of the Middle Horizon.”

Isbell’s most recent project, a five-year excavation at Conchopata – a small city that’s being destroyed as a modern Peruvian city expands – has been funded by the National Geographic Society, the National Science Foundation and several private foundations. Much of the city, which was occupied primarily from 500-1000 AD, has already been destroyed. Isbell and his colleagues have focused on what remains, doing a more thorough excavation than is usually possible with a larger site.

He and his team have uncovered shards of 4-foot-tall pots with elaborately painted iconography. They also excavated a three-room home that appears to have been the residence of a woman who supported herself as a brewer.

Isbell spent each of the last five summers at a large house near the Conchopata site, always accompanied by other researchers as well as undergraduate and graduate students. “It’s like having a giant summer family,” he said. “Lots of fun – and lots of work.”

Archaeological methods and the technology of scholarship have changed tremendously since Isbell was a student. He recalls submitting his dissertation in carbon copies, for instance, at a time when archaeology and anthropology had nothing to do with computers.

Today, technology such as digital photography, Geographic Information Systems (GIS) and ground-penetrating radar are changing the way Isbell and other archaeologists work.

“Archaeology is so much about recording and describing,” Isbell said. “Computers have added whole dimensions of capability, although until very recently you had a lot of trouble getting computer support in remote areas of the third world. You really didn’t want to be too high-tech because if something broke down there was no way to get it fixed.”

He used to wait until the end of a three-month trip to get his Kodachrome film developed. Now he has made the switch to digital photography. “There’s no film in my archaeological bag anymore,” he said.

Isbell remains in love with the hands-on work of archaeology, though.
“At some point your archaeology ceases to be in the ground; it’s all in the computer,” he said. “Somebody has to go out to the field to collect the data. I still like working with dirt and stones and pot shards.”

Isbell also takes pleasure in the feeling that he has understood something in a way that wasn’t possible before.

“Discovering something that’s very beautiful or very intellectually exciting is always a thrill,” he said, “but equally thrilling is when different pieces of data come together in a way that produces a new understanding.”

Like this article? Please share!
International
0
There are no older stories
Expert on measuring stress creates guide for researchers