For this scholar, trash is treasure 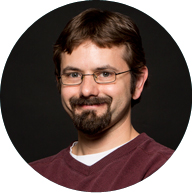 Josh Reno sets a brisk pace from the Binghamton University campus to the sewage treatment facility he’s scouting for a class.

Reno, a cultural anthropologist, doesn’t find solutions to all the waste humans create — 220 million tons a year in America, according to the Duke University Center for Sustainability and Commerce. (That’s enough to cover 82,000 football fields 6 feet deep.)

Reno studies humans’ relationship to waste, the economics and politics — even empires — that waste creates, and the almost religious significance to how we treat waste. He focused on anthropology and psychology as an undergraduate at Cornell University before earning a doctorate in sociocultural anthropology at the University of Michigan. He also spent a year as a paper picker at a landfill. His job? To make sure trash didn’t blow off the landfill, an acolyte on the altar of excess.

Reno pauses outside the sewage treatment plant and sniffs. “Hydrogen sulfide,” he diagnoses. “Not too bad, actually.”

He describes the opening to the book he recently completed:

His boss at a Detroit-area landfill, Bob, described his worst day. A co-worker fell head-first into a vat of human sludge and couldn’t get out; Bob dived in to save him. Firefighters and EMTs didn’t want to drive up on the waste pile.

Reno says Bob worked up to his armpits in human excrement, even as emergency workers later checked into hospitals because they had touched poop. The co-worker died. As Bob straightened up, he saw the line of trucks waiting to dump more sludge. And behind them an endless trail of trucks looking to dump solid waste.

We keep trash in a special place, treat it a special way. Even just a couple of seconds at the top of the garbage can is enough to turn something perfectly useful into garbage — a zombie-like quality of undeath that mocks the cycle of life-death-decay-regeneration that many religions embody.

“We separate two things that throughout history have been combined,” Reno muses. “Cemeteries and waste.”

“But we paradoxically have turned waste into something sacred,” he adds. “When we recycle plastic bottles, we feel good. It’s almost a spiritual thing.

“The reality of recycling is a lot more dirty and frightening,” he continues, because many recyclables are shipped to countries willing to pay near-slave wages to turn refuse into resource.

“Josh is an early pioneer in this,” says Robin Nagle, a New York University anthropologist and author of Picking Up: On the Streets and Behind the Trucks with the Sanitation Workers of New York City, which is based on her experience as a garbage collector. “If we don’t understand the genesis of garbage, we can’t provide an effective solution.”

Nagle already uses Reno’s dissertation in her research and classes, and looks forward to the added authority of his book, to be titled Waste Away: Living and Working with a Northern American Landfill. “There’s a promise implied in messages of how we live,” she says. “It’s all very grounded in consumption and things and stuff.”