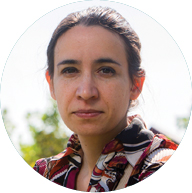 Seden Akcinaroglu analyzes trends in domestic terrorist attacks to predict when they will occur in the future.

Akcinaroglu, an assistant professor of political science at Binghamton, specializes in international conflict and rivalries. In the past, she has focused on three general areas: civil wars, international rivalries and terrorism. Her interdisciplinary project with Binghamton University computer scientists homes in on the relationships between major events in a country and its terrorist attacks.

“We are trying to understand, in a very dynamic way, how we can actually predict some terrorist attacks,” Akcinaroglu says. “Right now, a lot of the studies are very static.”

He says the project uses public sources such as online newspapers and databases. “It then performs data analysis to correlate individual factors and the historical attack data,” Liu says. “Prediction is made based on findings of these correlations from historical data.”

Liu says computers streamline the data collection and analysis so predictions can be made quickly.

The same is true, Akcinaroglu says, for cases in which a country is weakened economically. When natural disasters hit, however, terrorist attacks tend to decrease.

“It seems that terrorists do care about reputation to a certain extent,” Akcinaroglu says, “so during times of natural disasters, they don’t want to alienate supporters.”

These findings challenge how terrorist organizations are normally perceived to operate. “For us, any atrocity can be attributed to a terrorist organization. The fact that they kill civilians is basically telling us that they don’t care,” Akcinaroglu says. “But they do care about reputation, and some of them care more than the others.”

Her current project uses a complex model to encompass as many factors as possible and look at how those factors affect terrorist organizations’ decisions to attack.

Akcinaroglu, who is from Turkey, says her interest in researching terrorist attacks began when the Kurdistan Workers’ Party (PKK), a rebel organization in Turkey, announced it would not attack the country following the devastating 1999 earthquake. Akcinaroglu says she saw the same thing occur in Indonesia later, and it made her curious about terrorist organizations’ hesitation to attack.

Like this article? Please share!
citizenshipcomputer sciencepolitical scienceterrorterrorist
1
Anthropologist turns to the alpaca
Here's looking at you