Here’s looking at you 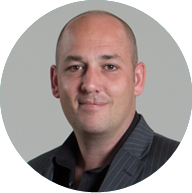 Guy German used to just sigh to himself when he saw shoppers in the cosmetics aisle, imagining that they were on their way to cleaner, more youthful skin. “Is it real or is it snake oil?” he would wonder.

As a bioengineer with expertise in fluid and solid dynamics, he decided to find out whether there was more going on than hype. “I’m interested in the underlying physics of it,” he says.

Most cleansers — from shampoo to floor cleaner — are based on surfactants. They’re a handy way to remove dirt and oil.

Why is that? The surfactant creates a nice, foamy lather. It also works as an emulsifier. “Essentially, oil and water do not want to mix,” German explains. “When surfactants are added during washing, they will sit at oil-water interfaces. This reduces the surface tension at the interface of the two liquids and allows the oil drops to be suspended in the water.”

But as your skin gets clean, it may also feel tight. That’s because along with the dirt, you’re washing away lipids and natural moisturizing factors healthy skin needs.

Washing changes the chemical composition of the dead skin cells that form the outermost layer of skin, the stratum corneum. This shell is what protects the soft, tender living tissue — the rest of you — from dehydration and infection. “You’ve got to thank the stratum corneum for allowing you to live on land,” German says. “It works to slow down the water escaping from your body, which means we can live on land and not in the ocean.”

In a study funded by Unilever, German developed a technique called high throughput correlation tracking to measure how much the stratum corneum dries out and stiffens after being treated with surfactants. This technique will allow researchers to test hundreds of surfactants and build a better soap.

German tested four surfactants — sodium cocoglycinate, sodium lauryl ether sulfate, cocomido propyl betaine and alkyl polyglucoside. (The last, known as APG, is more commonly used today in floor cleaners than in facial cleansers.) The APG showed the most deformation, while two others resulted in deformation similar to the control, treated with water.

Bottom line, German says: “Your choice of cleanser matters. Read the back of the label.”