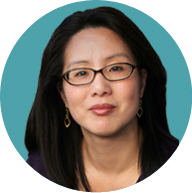 The exchange of introductory gifts can be crucial, a key that opens doors between disparate cultures or locks them forever. For Binghamton University art historian Nancy Um, studying the “grammar of exchange in cross-cultural gift giving” has been a natural outgrowth of two decades of research on Indian Ocean rim trading communities of the 17th and 18th centuries.

Her monograph The Merchant Houses of Mocha: Trade and Architecture in an Indian Ocean Port, published in 2009 by the University of Washington Press, explores how maritime trade saturated Mocha, a major player in Yemen’s coffee trade.

Research has carried the globe-trotting researcher from Yemeni villages that “look like they’re falling off” hillsides to Dutch and British libraries that house detailed records of European trade ventures. “I use a lot of different sources,” says Um, who has been praised for her innovative merging of archival and architectural materials to recount the glory days of a city whose commercial center now lies mostly in ruins.

She is returning to those sources for her latest research into commercial exchange and merchant tribute in Yemen from 1600 to 1750. Essentially, local rulers expected gifts before granting trade privileges. “Gift exchange was much more than a simple exercise of good manners or polite gestures,” Um writes. “Rather gifts were serious and necessary aspects of merchant protocol.”

Um says that, although other scholars have acknowledged the importance of gift-giving, “they often cast this preoccupation … as examples of the insatiable appetite that fickle oriental despots had for trinkets.” She, however, has seen the opposite. “I’ve been intrigued by how totally prosaic most of the gifts were,” Um says, listing trade items such as firearms, textiles and porcelains.

Although her current research focuses on the Dutch and British East India Companies, Um stresses the Europeans “were minor players in Red Sea and Indian Ocean trade whose importance has been blown out of proportion.” They were, however, better record keepers, carefully documenting each gift given.