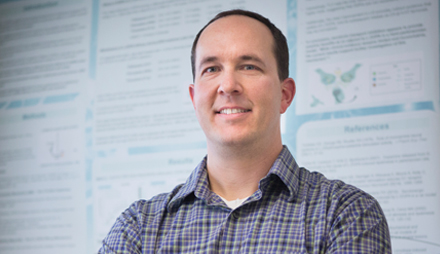 Adolescence can be a wild ride. But a new book called The Owner’s Manual for Driving your Adolescent Brain uses science and storytelling to explain to children how to think about and sometimes manage the chaos.

The book is a collaboration of neuroscientist Terrence Deak, associate professor of psychology at Binghamton University, and his aunt, JoAnn Deak, a longtime educator with a doctorate in educational psychology and author of several books, including Your Fantastic Elastic Brain, written for children ages 5 to 9.

“The idea was to put together a follow-up to perhaps reach the same kids, a few years older, and provide them deeper information but in an accessible way,” Terrence Deak says. “With my aunt’s background in educational psychology and my experience in neuroscience, it was a natural partnership.” 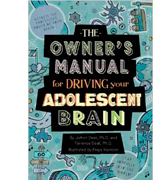 The book, written for 9- to 14-year-olds, explains the brain’s structure, how different parts function and the physical and psychological changes that accompany brain development. It introduces children to terms such as “prefrontal cortex” and “inhibitory neurotransmitter,” then explains how they relate to behaviors like taking risks and making decisions. Analogies abound, and lively illustrations help keep the tone light.

“We worked with an editorial staff to get the scientific language down to the right level for the kids, while at the same time keeping the language and context technically accurate and acceptable to us,” Deak says.

The book is intended to empower children, but it also enlightens adults. Responses from parents, teachers and librarians have been astounding, Deak says. “They keep saying: ‘We didn’t know that much about the brain,’ and ‘This gives us some insight into how to work with adolescents a little better.’ It’s been an unexpected but positive outcome.”

Deak, whose brain research focuses on stress and resilience, says imaging studies are revealing more about the brain all the time. But there’s still a big chasm between the developing structure of the brain and the functional implications of that development.

“There are a lot of questions about enrichment and the idea that engaging in challenging tasks and exercises that appropriately utilize brain structures can make them stronger, but we don’t have a lot of information about how that actually happens.

“There are a lot of things that remain mysterious about the brain,” he says.

Owner’s Manual comes at an interesting time for Deak: his first child, Wyatt, is 9 years old — part of the target audience, with his two younger brothers, Owen and Oscar, not far behind.

“I look at adolescence with some trepidation about what it can become, because we all know examples of adolescents who have gone a little out of control. One of the hopes is that we can change perspectives about what it means to be an adolescent. We hope to get people to think of adolescence as a natural time of struggle and appreciate what those struggles mean, which, in many cases, will be striving for independence.

“Then maybe we can view the adolescent period less for its turmoil and more for its opportunity,” he says.

As for Wyatt, yes, he read the book (without being asked to). His review: “It was really interesting. I didn’t understand all of it, but I really love the pictures.”