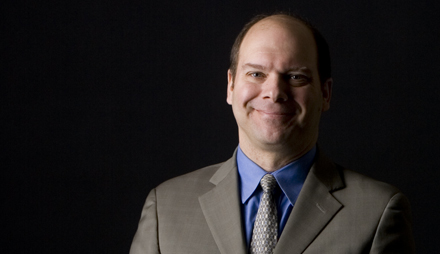 Something extraordinary began happening in the United States in the mid- to late 1800s. Cradles began to go empty, and an unaccustomed hush fell over nurseries.

In almost every community, family size began to deflate and a social revolution began to swell up. This phenomenon, which began more than a century before the advent of the birth control pill, saw the average number of live births per woman drop from seven or eight in 1800 to slightly more than two today.

This decline changed the fabric of society throughout the 19th and 20th centuries and remains key to important social, economic, political and policy issues facing the United States.

Using uniquely processed census data and his own specialized skills, J. David Hacker, a demographic historian at Binghamton University, is revisiting and studying the early origins of this societal sea change. As he attempts to tease out the repercussions of this trend, he is also rewriting some important pages of history by helping to clarify the forces that fueled it.

Steven Ruggles, director of the Minnesota Population Center at the University of Minnesota, says Hacker’s work is causing historians “to rethink early American historical demography from the ground up.”

Hacker was tapped in 2006 for a five-year $674,000 grant from the National Institute of Child Health and Human Development. “In some ways I was the ideal candidate,” Hacker said. “They were looking for people interested in population topics including fertility decline, who perhaps came out of other disciplines, without formal training. I’m mostly self-trained and have a strong background in statistics and quantitative methods.”

Fertility decline is of interest from a historian’s standpoint for what it says about historical actors.

From raising armies to growing the economy, almost every policy consideration one can think of is affected by population size and aging trends — both of which are linked to fertility rates.

Hacker’s project has two objectives that could affect policy debates influenced by the ebb in fertility rates. First, Hacker intends to describe American fertility decline in greater detail than previously possible. Second, he intends to explain that decline, and to shed light on the economic, social, cultural and geographic factors correlated with it.

Today in the United States, the fertility rate hovers at about 2.1, very near to “replacement rate,” the rate at which every death is offset by the birth of a child who will survive to adulthood. Beyond this point, populations begin to decline and age rapidly. Couple that with a decline in mortality and the effects on the population can be staggering.

In the 19th century, for instance, half the U.S. population was 15 or younger. Today the median age is 32. By 2050, with the fertility rate at its current level of 2.1 births per woman, half of the population will be 39 or older. In the 1880s, life expectancy was about 40. By 1920, life expectancy had increased significantly, and, today, it hovers near 80.

While non-historians are likely surprised to learn that fertility decline precedes by more than 100 years the advent of the birth control pill, historians have long held that it began at the turn of the 19th century. Hacker’s research shows that the decline started in 1840. Debunking theories of American demographic exceptionalism, his work brings the timing of the U.S. fertility decline in line with that of most other industrializing countries.

“We’ve long known there has been a long-term decline in fertility in the United States,” Hacker said. “There’s been a great deal of research on it. It’s interesting to economic historians, social historians, women’s historians, historians of medicine. Everyone’s taken a shot at this research.”

But not everyone has had Hacker’s resources or abilities. Ruggles credits Hacker with the first major revision of 19th-century fertility estimates in nearly 40 years, the first national own-child estimates of marital fertility trends and differentials in the 19th century, and the first under-enumeration estimates for the period before 1880. Ruggles calls Hacker “the most important historical demographer of his generation.”

Hacker’s work would not have been possible even 10 years ago. The recent completion of a full set of microdata census samples spanning 1850 to the present is critically important to his work.

“What the microdata allows me to do is, rather than to look at these really aggregate county-level statistics, I look at the level of individual women, individual families, and correlate their individual child-bearing experiences with economic and social indicators,” Hacker said. “I can create a much better series of data and do a much better job of describing fertility decline.”