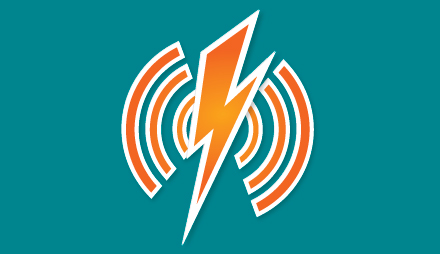 Suppose you need a sensor network — perhaps to monitor light, heat and moisture in a greenhouse, or maybe security on a multi-acre corporate campus or military facility.

The environmentally friendly thing to do is to have each sensor powered independently, perhaps by a small solar panel. But it gets expensive to attach a generator of any kind to each sensor that’s large enough to handle peak energy needs, when it won’t need that energy much of the time.

The network could use smaller, and cheaper, solar panels or other generators if the sensors could share their excess energy with their neighbors and ask for power when they need it, but all those wires are expensive and inefficient.

The network could use a central power source, but that’s vulnerable to failure, sabotage or even attack, in the case of military installations. A distributed network provides more reliability but is more difficult to coordinate. 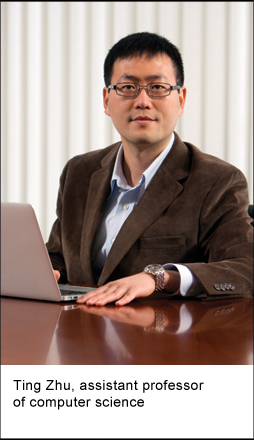 Ting Zhu, an assistant professor of computer science at Binghamton University, plans to tackle this challenge. He and his graduate students will develop the hardware and software to allow sensors in a wireless network to share energy.

“We built a prototype that can distribute energy over wires,” Zhu said. Now he hopes to take the next step. The team recently received a three-year, $450,000 grant from the National Science Foundation. Zhu provided the proof of concept last year with a wire-based network.

Here’s what the Binghamton team aims to do:

“The major problem of wireless energy transfer is efficiency,” Zhu said. The initial work in the field was done by Marin Solijacic and a Massachusetts Institute of Technology team, which wirelessly powered a 60-watt bulb at a distance of 2 meters with 40 percent efficiency in 2007.

In wireless power transmission, a magnetic field oscillates. That, in turn, causes other nearby magnetic fields to oscillate, generating electricity.

An Intel-sponsored team achieved 80 percent efficiency over two meters in 2009, with devices the size of basketballs. And a Stanford University team announced a project last year to develop high-power transfers — enough to recharge an electronic vehicle while in motion. But those projects are limited to 2-meter transfers. What about 10 meters?

It is work that Solijacic sees as a logical application of the pure research he started six years ago — after being awoken by the beep of a cell phone’s low-battery warning. The MIT-affiliated spinoff company he founded, WiTricity Corp., envisions using magnetic resonance to power robots, electric vehicles, household electronics — and sensor networks

Each point in the network Zhu is devising would include several elements: an energy generator, most likely a solar panel; a capacitor to store and discharge energy efficiently; a magnetic resonance device to send and receive energy; a sensor; and a means to broadcast its information to a central node.

At $1 a device, you could find someday that sensor networks initially designed for industrial or military use could be protecting your back yard, and maybe even watering the lawn.