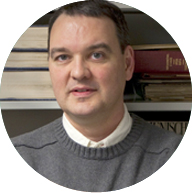 A Binghamton University researcher hopes to provide new insights into American foreign policy in the early 1900s by amassing a year’s worth of research at the Library of Congress in Washington, D.C.

Benjamin Fordham, professor and chair of the University’s political science department, was recently named a Henry Kissinger Scholar for the 2010-2011 school year.

The government-sponsored position, awarded to one person per year, will support Fordham as he spends 10 months in residence at the library using its materials for his research. He hopes to gather information for a book.

“I’m really interested in the ways that domestic, political, and economic considerations influence foreign policy decisions,” Fordham said. “I want to do research on the rise of the United States as a world power and the politics of that process — who supported this expansion of American foreign policy interests and who opposed it and why.”

Fordham plans to divide his research into two parts. He will first analyze manuscripts, books and periodicals written between 1890 and 1945 to get a feel for the public policy of the time period.

“I want to look at the papers of some of the people involved in this process to get a sense of how they understood the expanding economic interests of the U.S. and the rest of the world,” he said.

He then will gather data about the United States during that period — key imports and exports, congressional support and opposition and overseas economic interests — to obtain an understanding of the country’s past economies.

“The rise of the U.S. as a world power is a puzzle in some ways, because the U.S. became very powerful economically before it took on an expanded role in the world,” Fordham said. “Their foreign policy decisions lagged far behind the material power that was necessary to implement them.”

An area that Fordham plans to study is why the United States sought to control foreign economic markets, with reasons ranging from controlling them to protect its own export interests to seeking a way to expand its economy through investments.

Fordham said he became interested in the topic while researching American foreign policy during World War I and the Cold War.

Carolyn Brown, director of the office of scholarly programs at the Library of Congress, said Kissinger Scholars are selected for the position by a small committee in the library. She said Fordham was chosen based on the strength of his proposal and the amount of related materials available at the library.

“Fordham’s proposal was notable for the importance and originality of his research project and the clarity with which he presented it; the quality of his references, which were very strong and by fine scholars; and the value to his research of having an extended period of research time at an excellent library,” she said.

The program is funded by friends and admirers of Henry Kissinger, the former secretary of state who received a Nobel Peace Prize in 1973 for his foreign relations efforts during the Vietnam War.