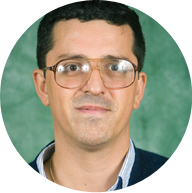 “They’re important objects in physics,” he said. “The more we can prove mathematically about these objects, the more data we have to use in research. Basically, there are models that govern different universes. Some of them come from Shimura varieties.”

Vasiu received $156,933 in funding through the National Science Foundation for a project pertaining to solving important polynomial systems of equation over finite fields. “This is a central problem in number theory,” he said. “It is very much in the middle of several fields of mathematics, including algebra, analysis, combinatorics and geometry.”

Vasiu plans to write several papers and two books during the next two years, with help from two graduate students whose work will be supported by the American Recovery and Reinvestment Act-funded grant. He also has several collaborators in Germany and France.

“I hope these books will be used by generations of graduate students to come,” he said.