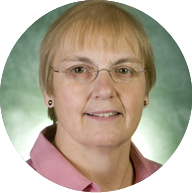 How neurons communicate with each other is a central mystery of the brain, said Patricia Di Lorenzo, professor of psychology at Binghamton University. She believes a better understanding of neurons’ communication may hold answers for patients with diseases of neural transmission such as Alzheimer’s and Parkinson’s. It could also help in the development of brain-machine interfaces like artificial limbs.

Di Lorenzo received a grant supported by the federal stimulus that allowed her to purchase new equipment and hire a technician. The money — $233,427 from the National Institute on Deafness and Other Communication Disorders — supplements an existing five-year, $1.125 million grant from the National Institutes of Health. The original project focused on “temporal coding” in the brain using the taste system as a model.

“We have found that the taste system can communicate through spike timing — when neurons fire — as well as how much they fire,” Di Lorenzo said.

Di Lorenzo and colleague Jonathan D. Victor at Weill Cornell Medical College reported their latest findings in a paper published in 2009 by the prestigious Journal of Neuroscience. She explained that they use the taste system as a model to study temporal coding in part because there aren’t a lot of taste qualities.

“Most cells in the brain respond to more than one taste quality, which is surprising because the nerves coming from the tongue are relatively specific,” Di Lorenzo said. “In the brain, everything converges. And so the question is, ‘How can the brain tell the difference between one stimulus and another if cells respond to everything, or many things?’ And the answer may be temporal coding.”