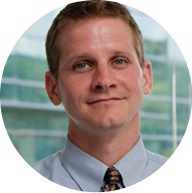 It did not take long for educational historian Adam Laats to look to the past for answers while teaching high school in Wisconsin.

“I was amazed at how naïve I was: I thought everyone was basically the same as me,” said Laats, now an assistant professor in the School of Education at Binghamton University. “But parents were hawks, as they should be, about what was being taught in the classroom. Things I thought we agreed on, such as evolution, still raised their ire.”

During graduate school, Laats turned his attention to Protestant fundamentalism in the 1920s. He found that the movement has had a major effect on the American school system and also helped lay the foundation for today’s culture wars.

“The trenches were dug in the ’20s for the fights that still go on today,” he said. “The positions and even the names — including ‘fundamentalist’ — began in the ’20s.”

Laats was one of 20 scholars to receive the prestigious National Academy of Education/Spencer Foundation Postdoctoral Fellowship in 2009. A book based on his research, Fundamentalism and Education in the Scopes Era: God, Darwin and the Roots of America’s Culture Wars, will soon be published by Palgrave Macmillan.

Unlike other movements of the period, fundamentalism did not arise in the 1920s because of new ideas. Instead, Laats said, it was a reaction to new ideas in schools, religion and culture, such as Charles Darwin’s theory of evolution.

“The fundamentalist movement came about in part because people felt their basic beliefs had been dismissed by educators,” said Laats, who considers himself secular. “Fundamentalists worried that students were being taught dangerous ideas. In the 1920s, two ideas of what schools should be doing came into conflict. All of a sudden, schools seemed to be teaching ideas that were turning students away from their faith.”

The confrontation came to a head in a courthouse in tiny Dayton, Tenn.

In 1925, Tennessee passed the Butler Act, prohibiting the teaching of evolution in place of the Bible’s account. Teacher John Scopes agreed to challenge the law by violating it in the classroom. The so-called “monkey trial” drew a firestorm of publicity and featured two leading orators — William Jennings Bryan and Clarence Darrow — on opposite sides.

Scopes was convicted and the anti-evolution movement sought similar laws in other states. But fundamentalists lost the battle for public opinion. Darrow’s questioning of Bryan’s biblical views on the witness stand helped the media and evolutionists portray fundamentalists in stereotypical terms, such as barbarians, bigots and ignoramuses, that resonated across the nation.

The trial and its aftermath proved to be “a shock to the fundamentalist system,” Laats said. Fundamentalists were especially stunned that they were not seen as having the moral high ground of the debate.

In the wake of the trial, the fundamentalist movement became a smaller group that cared little about what mainstream America said. In fact, Laats said, fundamentalists embraced the fact that they would not win over the opposition.

“If they wanted to have control over education, they had to start their own subcultural institutions,” he said.

Fundamentalists did just that by founding Bob Jones University, becoming active at schools such as Wheaton College in Illinois and forming Bible schools and radio stations across the country.

“It’s that environment,” Laats said, “that nurtured people like Billy Graham, who re-emerged in the 1940s and 1950s and said, ‘We hold our beliefs, but we need to re-engage with mainstream America.’”

Bob Jones University became instrumental in the rise of Christian day schools and home schooling when it started a series of textbooks in 1973 written from a Bible-based perspective.

These influential books brought the work of 1920s-era fundamentalists into the latter part of the 20th century, Laats said, energizing a new generation.

The dissension and debates that exploded in the 1920s are still a part of today’s public schools and society, whether focused on evolution, sex education or saying the Lord’s Prayer in the classroom, Laats said.

“Some of the venom of today’s culture wars comes from this divide in basic beliefs about who humans are and how humans fit into the universe,” he said. “If you think what’s being taught in schools is hurting children, it’s difficult to say, ‘It’s more important that we all get along’ than to do something about it.’”

Whether it is in schools or society, Laats believes the impact of fundamentalism in the 1920s cannot be overestimated.

“I sensed this was a story that hadn’t been fully explored,” he said. “Most of the literature that looks at the roots goes back to Billy Graham in the 1950s instead of the 1920s, where a lot of the direct beginnings come from. I thought the topic would be interesting, provocative and important not just for historians, but for all kinds of Americans.”