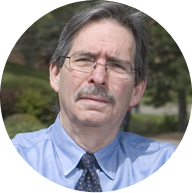 It’s hard to imagine now the specter of cancer in the late 1950s. There was no Lance Armstrong: cancer survivor as elite athlete. No breast cancer survivors pumping fists in victory on sunny weekend walks for the cure. And certainly nowhere near the kind of genetic and preventive understanding employed by medicine today.

Add to that the Cold War threat of nuclear attack and only nascent ideas of informed consent and you have the environment in 1960 when Dr. Eugene Saenger, radiologist and an expert in nuclear medicine, began his now-notorious clinical trials. Using patients  with advanced cancer at the University of Cincinnati College of Medicine, Saenger tested for the U.S. military the effects of total-body irradiation, sometimes with fatal results.

To the shock of those investigating his work, the patients — about 90 between 1960 and 1971, a majority black — served as proxies for soldiers, in part to better understand radiation effects from nuclear attack.

In his latest book, Contested Medicine: Cancer Research and the Military, Gerald Kutcher, associate professor of history at Binghamton University, re-examines Saenger’s work in a new context. Kutcher reinterprets the events through his unique experience as a radiation oncology physicist, a Cambridge-educated historian and through the application of the science studies approach, which seeks to delve into the cultural and ideological framework around scientific practices.

He wrestles with a question that has vexed many who have studied Saenger and his work for decades: Was this one of the most outrageous examples of ethically flawed medicine in the 20th century or a product of its times? Kutcher does not let the reader come away with such neat conclusions.

“I don’t judge the characters,” Kutcher said. “What’s more interesting to me is why they were accepted by colleagues.”

No one is absolving Saenger of responsibility, Kutcher said, but there is much we can learn in viewing past clinical trials not through a lens of today’s bioethical standards and concepts of informed consent — simply not fully formed during Saenger’s day — but in the context in which they operated at the time. All these decades later, judgments against Saenger remain ambiguous, despite the deaths and, by Kutcher’s count, nine investigations into his program. Families say their loved ones may have consented to the radiation, but they were not told of its deadliness or the military’s role.

That Saenger was not immediately or universally vilified after such disclosures reveals something fundamental about the character of medical research itself, Kutcher said: It was dynamic and very much a part of the world in which it existed.

Kutcher was well versed in the world of clinical trials and cancer treatment as chief of the clinical physics service at Memorial Sloan-Kettering Cancer Center before pursuing his doctorate in the history of science.

Dr. Samuel Hellman, a former colleague of Kutcher’s at Sloan-Kettering, where he was physician-in-chief, said Kutcher’s professional evolution could not be more unusual. “He has a remarkably different career than most people,” said Hellman, who is also a professor emeritus at the University of Chicago, where he served as dean of the Pritzker School of Medicine.

Kutcher started in medical physics and became a senior figure in that field, making contributions such as maximizing radiation to tumors while saving as much healthy tissue as possible. It was a great advance, Hellman said, and when computer technology linked ever more precision to radiation therapy, “Jerry was one of the most important people doing that.”

Kutcher, leading a clinical service of about 50 physicists who were responsible for the planning and delivery of radiation treatments to more than 3,000 patients per year, contributed to changing much in the field, including how prostate cancer is treated with radiation.

It is with that experience that he confronts a central point in the book — a detailed accounting of the emergence of informed consent. A turning point, Kutcher writes, came in the mid-1960s when James Shannon, director of the National Institutes of Health, pushed through a program that required all research funded by the NIH to go through local peer review. Around the same time, a New England Journal of Medicine article revealed 22 cases of unethical experimentation, which included injecting mentally disabled residents at Willowbrook State School in New York with hepatitis to see how it was spread. No effort at consent was made.

Saenger’s trials were halted in 1971 by the University of Cincinnati, but the troubling nature of Saenger’s work was first questioned in 1966. Documents released later detailed concerns by university faculty about the level of radiation and how Saenger was informing his patients, but it was not enough to stop the work. In fact, the Department of Defense not only funded the research through March 1972, according to congressional testimony, it approached the university with an offer to renew the contract for another term. The university refused and the experiments ceased.

It was also in 1971 that the press began to write about Saenger’s work. That proved the initial tug in unraveling the fabric of Saenger’s legacy and led to scores of investigations.

Martha Stephens, a professor emeritus of English at the University of Cincinnati, became aware of the trials through a short article in the Village Voice, published in October 1971. She was stunned to learn that radiation experiments were happening so close to home. She began pressing the university for more details, made her findings public, and continued investigating. Those efforts culminated in a 2002 book, The Experiment.

What laypeople may see as black and white, Kutcher views as another gray area of medicine, tinged by his own experiences in the field. “You are treating people right on the edge,” he said. “Scientists tend to rewrite their own history. They never tell you about all of their failures. No one is even close to typical idealized versions of science in the making.”

During Saenger’s experiments, patients were subjected to massive doses of full-body radiation. And they weren’t told of the military’s involvement until after outsiders started questioning the experiments.

Yet his work, Saenger believed, was part of developments in total-body radiation that by today have led to a nearly 85 percent survival rate among those diagnosed with childhood leukemia. He was among the first to discover that irradiation in children for benign conditions caused tumors and authored a 1968 study that proved radioiodine therapy didn’t increase incidences of leukemia. Saenger was also considered a leader in establishing radiation safety standards for medical workers.

A career of twists and turns

Kutcher’s career has followed a most unusual path.

“Toward the latter phase of my career at Sloan-Kettering, I became more and more convinced that I wanted (indeed, I seemed to need) to look at medicine from a more historical and social perspective,” Kutcher writes.

He recalled an incident at Thomas Jefferson University Hospital in Philadelphia. He noticed one patient lying on a gurney when a distress code sounded. The patient died.

“Later, I learned that the patient had advanced cancer and was a subject in a clinical trial testing partial-body radiation to alleviate the painful effects of distant metastases.  I remember thinking at that time: Who was looking out for this patient? Why was a patient on the verge of death participating in a clinical trial? Later, I would begin to appreciate something that perhaps I should have understood at the time, namely, that one of the ethical tenets of clinical trials is that often the most aggressive and certainly the most experimental of trials are tested in the sickest patients who are often the most vulnerable.”

However, that was not the central force in his career change. Rather, he said, it showed that his fundamental approach and interest in medicine would always extend beyond the scientific into broader social and ethical contexts: Where one person saw a patient or device, he would be connecting the dots.

Saenger died in 2007, at the age of 90. His legacy is mixed at best, lying somewhere between an “American Mengele” and misunderstood pioneer.

Despite the investigations and ongoing criticisms, Saenger continued for years after the experiments ended to write articles in his defense, Kutcher said. In the mid-1990s, Saenger was investigated by a number of government bodies, including the Advisory Committee on Human Radiation Experiments, established by then-President Bill Clinton.

“The political and cultural climate in which he was judged differed substantially from that of the early 1970s,” Kutcher writes. Bioethics had established itself as the most authoritative voice of ethical conduct, yet the committee was badly split. “When the committee attempted to compare Saenger’s research to that of his contemporaries, it could not distinguish his practices from his peers’ and could only reach an ambivalent judgment.”