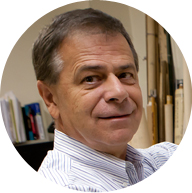 The American cultural landscape is rapidly changing. Many predict that by 2050, whites of European descent will make up barely 50 percent of the U.S. population. Already non-Hispanic whites are a minority in four states, including California and Texas.

Yet, besides the color of the skin, this change is nothing new in the American experience. For more than 150 years, foreign groups flocked to the United States in successive waves, concentrating in big-city neighborhoods and small rural towns, making many native-born Americans anxious as the immigrants changed the look and feel of their new environs.

“I try to show students historically that it’s a constant trend,” says John Frazier, who was recently named distinguished service professor by the State University of New York. “The role of human geography is to explain what places in the country are like and how they are changing, and in this context, due to immigration and ethnicity.”

Frazier, who received the Ethnic Geography Career Award from the Association of American Geographers for his pioneering work on ethnicity, is also the founder of the Conference on Race, Place, and Ethnicity, which he and a group of colleagues initiated at Binghamton University in 2002.

First the Irish came and met resistance. In Chicago, merchants displayed “Irish need not apply” signs and a candidate for mayor suggested decorating light poles with hanging Irishmen. Then the Italians came and met with the same antagonism. Then the Germans, the Scandinavians and so on.

“This country, for all of its wonderful traits, has a bias as part of the culture,” Frazier says. “So what I try to do is enlighten students because it’s easy to focus on the here and now, but you have to have a context for culture and for the history of this country to understand how intolerance evolved and how it affected everything from Europeans to African-Americans to Mexicans, Chinese and Japanese.

“It isn’t that we want to beat up America. We want to frame these experiences in periods of intolerance and learn from them and also relate them to today and our views of other cultures that are coming to the United States and how we can interact with them.”

He noted that students also need to understand what is different about the current period. He says one important difference is in the origins of immigrants, now largely Hispanics/Latinos and Asians, and many coming with capital that leads to different settlement structures. New immigrant gateways have emerged and many immigrants settle in suburbs.

Frazier spends a lot of time studying Queens, N.Y., the most diverse 100 square miles in the world. He looks at how ethnicity changes the visual landscape as an ethnic group moves into a neighborhood and expresses its values through clothing, landscape and building styles.

For instance, in Bellerose and Queens Village, which have rapidly increasing Asian, Indian and South Asian populations, it’s common to see houses influenced by Indian architecture, with paved-over yards and stainless-steel fences and railings.

Frazier digs past how things change and tries to understand why.

“It’s not just the patterns,” he says. “The other part is understanding what causes these processes to occur, being able to explain reverse migration, being able to explain why Puerto Ricans and, more recently, a diversified Hispanic population are moving to Allentown and York and Reading, Pa. It’s also understanding the issues and the impacts. That’s all in geography.”

He has found that different ethnic groups can move for the same reasons. For instance, when he looked closely at Allentown, which has seen a large influx of Hispanics in the last couple of decades, at the same time that Anglos and Germans have moved out, he came across answers that could have been given during the “White Flight” to the suburbs in the 1960s.

Frazier says that understanding diversity’s past and current trends is essential in a country in constant flux, especially as the world quickly shrinks and we come into contact with other cultures more and more.

“We need to be tolerant,” he says. “But it’s one thing to talk about bringing together a large number of people from different backgrounds, another to get them to mix and do interactions that lead to cultural awareness and cultural understanding.”