Training a critical eye on a British ideal 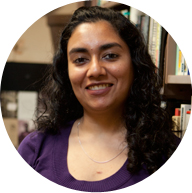 Praseeda Gopinath critiques what she calls the “English gentleman ideal.” She has studied his roots in the British Empire for years, and is interested in how the ideal fragments and transforms in modern-day Great Britain as the Empire fades away.

“My research is about what happens to the ideal as the Empire declines because it is so tied to the Empire,” said Gopinath, an assistant professor in Binghamton University’s English Department. “What happens to that ideal, which was an embodiment of the imperial nation, in the second half of the 20th century?”

It’s a question she answers in her book “Scarecrows of Chivalry: The Literature of English Masculinities after Empire.”

She’s working on revisions now after completing the writing during a 2010 fellowship from Binghamton’s Institute for Advanced Studies in the Humanities.

Gopinath is interested in the idea of the British gentleman — the well-mannered, leadership-driven “good Englishman” — who was turned out by boarding schools with a certain set of traits to be used to rule the country and the Empire. These traits, her work, points out, only emerged in hierarchical relation to those considered inferior: the colonized, the working class and women.

The subject first attracted her attention when she read P.G. Wodehouse novels as a teenager. “They were comedic, entertaining novels about the upper-crust of England, full of style and wit. But still, no one talked about the Empire, or how and where Wodehouse’s silly rich gentlemen were getting their money or how they got away with being such idiots,” she said. “I always went back to the moment of reading.”

Her research interests have led to papers on diverse topics, from James Bond to George Orwell. She has also covered case studies of modern-day representations of the “likeable” Englishman, like actor Hugh Grant in his many romantic comedies. In her other projects, she considers the fluidity of masculinity in Hindi (Bollywood) film, and the construction of masculinities during the Northern Irish “Troubles.”