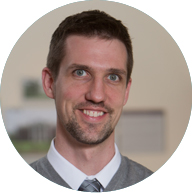 The woman liked Kevin Hatch’s voice: a soft-spoken tenor that inspired trust. So she’d be glad to help Hatch get in touch with iconoclastic — curmudgeonly and often reticent — artist Bruce Conner.

A few days later, a gruff voice came over the phone from San Francisco: “How can I help?” It was Conner, a counter-cultural artist with connections to Hippies, Beatniks, Punks and other culture movements. A man so uncomfortable with popularity that he changed media whenever he felt he was too hot a commodity.

Conner had a reputation for destroying dissertations and research projects. And now he was on the phone with Hatch, then a Princeton University doctoral candidate. 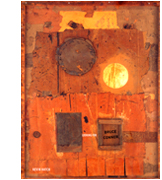 Hatch is an art historian with no art on the walls of his Binghamton University office, but his voice just oozes sincerity. And within days, CDs began to arrive: newspaper clippings of the high school art contest Conner won; notes on old film projects made of found film; letters to colleagues on the San Francisco art scene. It was gold to an art historian writing a book.

Treasures kept coming. The University of California at Berkeley even allowed Hatch into its Conner archives, which were off-limits to the public.

The result was “Looking for Bruce Conner,” a 2012 book that studies Conner’s work in depth, and places it in context of the San Francisco art scene as an influential form of anti-pop art far away from Warhol-dominated New York. Conner, who died in 2008, produced work ranging from assemblages and installations to compilations of found film, sculpture, even art created from ink blots.

“I liked the fact that this was someone who worked outside the perceived center — New York,” Hatch says. “I’m from Detroit, so I like underdogs in general.”

Conner’s media was as much a part of his message as its content, Hatch says. Discarded film, clipped images, bits and bobs of what was around him — they were a comment on an overly commodified world.

“He shows how Conner’s assemblages, with their grotesquery, their evocation of the cruel eroticism and violence of daily life, were rooted in Antonin Artaud’s theater of cruelty and its aspiration to give ‘the heart and the senses that kind of concrete bite which all true sensation requires,’” art critic Barry Schwabsky writes in The Nation.

They were also comments on his personal state of mind, including images of dead celebrities — Marilyn Monroe and John F. Kennedy, among others — and his own fear of being pinned down, Hatch says.

So what’s next for Hatch? After 11 years studying Conner, he’ll broaden his perspective, perhaps to San Francisco’s art scene in the 1950s and ’60s. Like Conner, he won’t be pinned down by his past work: “The objects should direct me,” he says. “Where people go wrong in this industry is they take a theory and apply it to X.”