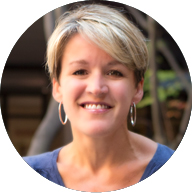 Fifteen years ago Leigh Ann Wheeler asked her University of Minnesota students how they would respond if a spouse or partner brought pornography into the home. Their answers surprised her: They said that although they’d feel uncomfortable, they wouldn’t demand its removal because that would be a violation of the person’s right to free speech.

“I asked myself how and why it is that we think of so many sexual issues in terms of rights,” says Wheeler, now an associate professor of history at Binghamton University and co-editor of the Journal of Women’s History.

The answer can be traced back to the American Civil Liberties Union (ACLU) and its fight to protect freedom of speech. 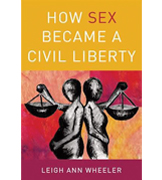 In her latest book, How Sex Became a Civil Liberty (Oxford University Press, 2012), Wheeler looks at how the ACLU, openly or behind the scenes, fought for birth-control advocates and nudists, and took on the controversial issues of obscenity, abortion, prostitution, involuntary sterilization, rape and sexual harassment throughout the 20th century.

Wheeler hopes that readership isn’t limited to historians and academics, because legal battles over abortion and gay marriage continue to be passionately debated, from courtrooms to cocktail parties. That makes it important for citizens to understand how such battles have been fought and won for rights that some of us may take for granted, such as birth control.

Today, birth control is legal and widely available. But in the 1920s, federal obscenity laws banned the exchange of birth-control information in the U.S. mail and in public venues, and some states made it a crime to sell or advertise birth-control products. Connecticut even made it illegal to use birth control, Wheeler says.

The ACLU’s foray into battles to make birth control and information about it legal began shortly after the organization was founded in 1920.

Over time, the assumption of sexual rights and sexual expression has become a part of everyday life, Wheeler says. “Phrases such as ‘informed consent,’ ‘reproductive freedom’ and ‘the right to privacy’ roll easily off the tongues of many if not most American adults today, conservatives as well as liberals.”

In an early review, Susan Brownmiller, author of the landmark book Against Our Will: Men, Women and Rape, calls Wheeler’s new book a meticulous account of the ACLU’s struggle to embrace new approaches in law while remaining faithful to its original mission of championing free speech.

“This is a thoughtful book for thoughtful people in a democracy where rights and liberties often collide,” Brownmiller writes.