Marriage is this scientist’s laboratory 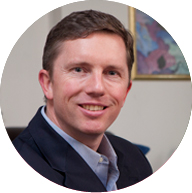 How is it that some marriages last 50 years and others fall apart within the first two? What influences whether a relationship will prosper or deteriorate? And what can we do to resolve these differences?

“These are the questions people have been trying to answer since there were people,” said  Matthew Johnson, associate professor of psychology and director of the Marriage and Family Studies Laboratory at Binghamton University. “Philosophers, artists, musicians, poets: Everyone is trying to understand intimate relationships and romance, and so am I. As a psychologist, I’m trying to do it from a scientific perspective.”

Every psychological model of intimate relationships looks at how couples behave toward each other as well as the impact of stressful events on a relationship. Within these two areas, psychologists look at each partner’s emotions and the skills used to express them, asking questions like these: Does he show anger or contempt? Does she communicate her feelings with personal attacks or reasoned arguments?

Researchers expected that if either emotions or communication skills were negative, the marriage would be damaged. However, one of Johnson’s studies, which tracked newlyweds for four years, showed that couples that displayed negative emotions, but could articulate them constructively, or even without acrimony, charted positively in marital satisfaction. In other words, even when a spouse is visibly angry, the absence of personal and global criticism predicted better outcomes four years later.

Studies related to stress have also surprised Johnson and his colleagues. Research shows that the impact of a stressful event is based on a couple’s level of satisfaction with their relationship beforehand. For example, a study that sampled counties suffering from severe hurricane damage found increases in the marriage rate and the divorce rate following the hurricane. “Birth rates rose also, another sign of commitment,” Johnson said. “Stressful events will strengthen couples that are doing pretty well and weaken couples that aren’t.”

These kinds of studies and others related to marital development and discord aren’t new, but psychologists are taking an increasingly scientific approach to evaluating relationships as well as interventions designed to strengthen marriages.

In the past five years Johnson has shifted his own research focus. He and his team of graduate and undergraduate students examine whether findings that pertain to white, middle-class couples can be extended to couples who are poor or couples of color. For instance, one student has translated and tested questionnaires to see if they adequately assess Latino couples. Another student is examining whether the correlations between marital discord and health problems (mental and physical) are similar across ethnicities.

Johnson and his team aim to ensure that interventions suit the couples who receive them. He is concerned that federal initiatives provide confusing and ambiguous resources that in some cases haven’t been evaluated or are based on “bad science.”

In addition to his research, Johnson has a small practice where he works with couples. It gives him a unique perspective as a practitioner and researcher. “As rewarding as it is to do it on an individual level,” he said, “it is truly gratifying to be able to make an impact on a broader level through research.”

Johnson quotes Goethe when speaking about what motivates him as a therapist and as a researcher: “He is happiest, be he king or peasant, who finds peace in his home.”