Our judges are not all-know 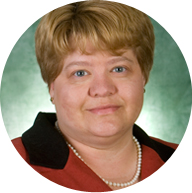 “I had an epiphany a few years ago,” said Martinek, an associate professor of political science at Binghamton University. “Judges are just like the rest of us. No matter how accomplished the judge, nonetheless, they may still be looking around for clues.”

Martinek’s interest in the judicial system began during a graduate school class in which she studied state Legislatures. Eventually, her studies expanded to state courts and then the federal courts. Now, she focuses her research on the U.S. Courts of Appeals, powerful courts that set legal precedents with a strong influence on U.S. law.

Martinek is working on a book about the appellate court titled “Psychology of Judicial Choice.” She conducted research for the book last spring with support from Binghamton’s Institute for Advanced Studies in the Humanities. “I’ve worked on the project for several years,” she said. “It was nice to have a block of time to develop it. While the institute is full of academics, it was a different set of academics, not just political scientists. It was the best audience for me because I had to think about how to frame it.”

The project focuses on how small-group psychology affects the decision-making process at the appellate court level.

Federal appellate courts are composed of panels of judges. Martinek’s work is focused on understanding the dynamic among those judges and how it affects their decisions. She looked at thousands of cases to help her understand the mental process behind their rulings.

Martinek, co-author of a book titled “Judging on a Collegial Court: Influences on Federal Appellate Decision Making,” has learned a lot about judges’ personalities and mental makeup through interviews for her books. Federal judges, for example, are a lot like the politicians who appoint them.

“Often what they say is pretty profound,” she said. “… Judges really seem to care what people really think about them.”