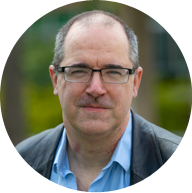 How did problems such as poverty, racism, gender inequality and increasing climate instability come to plague humankind? Binghamton scholar Jason W. Moore has an answer in his new book, A History of the World in 7 Cheap Things.

Moore, a professor of sociology, is an environmental historian and historical geographer. His book, published last fall by University of California Press, argues that capitalism is one of the most flawed and inefficient systems of organizing humans and nature.

To understand his perspective, first look at what he means by “cheap.”

Moore argues that cheapening is the method used by capitalism to extract the most profit with the least cost. “There are two motives of cheapness,” he says. “One is cheap in price, but the other is cheapening in an ethical political sense, as in to treat with less respect, to degrade the value of work.”

For example, companies sometimes use prison labor to manufacture products. Prisoners don’t need to be paid, and corporations only incur a small cost when working with the prison. This would be an example of cheap labor, one of Moore’s seven cheap things.

A reason for this lies in one of the central tenets of Moore’s book: the mythical divide between nature and civilization. Capitalism promoted a Cartesian view of nature, which states that human society is above nature, and is actually meant to control nature and reap its benefits.

This made it possible to lessen the value of anything — even humans — by placing it under the category of nature. Slavery, the taking of indigenous land, racism and sexism are powerfully influenced by this concept, Moore writes.

Capitalism is more than just a socioeconomic construct — it is a way of thinking about and organizing life, Moore writes in A History of the World in 7 Cheap Things. “This is a book that encourages 21st-century thinking to deal with 21st-century problems,” he says. “We need to have a way of making sense of the biosphere and relationships between humans and the environment as fundamentally interconnected at every turn.”

Moore wrote this book with Raj Patel, an award-winning writer, activist and academic. Patel, a research professor at the University of Texas at Austin, regularly writes for The Guardian and is an advisor to the United Nations Special Rapporteur on the Right to Food.

Moore and Patel had been reading each other’s work and borrowing ideas for a while. After meeting for the first time at a conference in Austin, they decided to write a book together the same day.

“This book is a set of ideas with a sense of urgency to it,” Patel says. “It’s exciting that there’s already a great deal of attention being paid to it.”

Moore previously wrote several other books, most recently Capitalism and the Web of Life (Verso, 2015) His next book, titled Ecology and the Rise of Capitalism, covers a world history of the origins of climate crisis. He has an active research agenda that spans topics such as agriculture and energy, environmental history and climate change.

“His work is groundbreaking,” says Richard Walker, professor emeritus of geography at the University of California, Berkeley, and Moore’s doctoral advisor. “There are people working on many of the topics he covers, but the way he pulls it all together is unique, and it’s very accessible.”

Moore is also chair of the Political Economy of the World-System Section of the American Sociological Association and coordinates the World-Ecology Research Network, a group of scholars and activists dedicated to studying historical change through seeing human society as a product and producer of the environment.

For more details about Moore and his book A History of the World in 7 Cheap Things, visit his website, https://jasonwmoore.com.